Despite going down to the President’s XI by one run in the final game of the competition, Demerara emerged champions of the Guyana Cricket Board female inter county U19 T20 tournament which ended yesterday at the Everest Cricket Club. 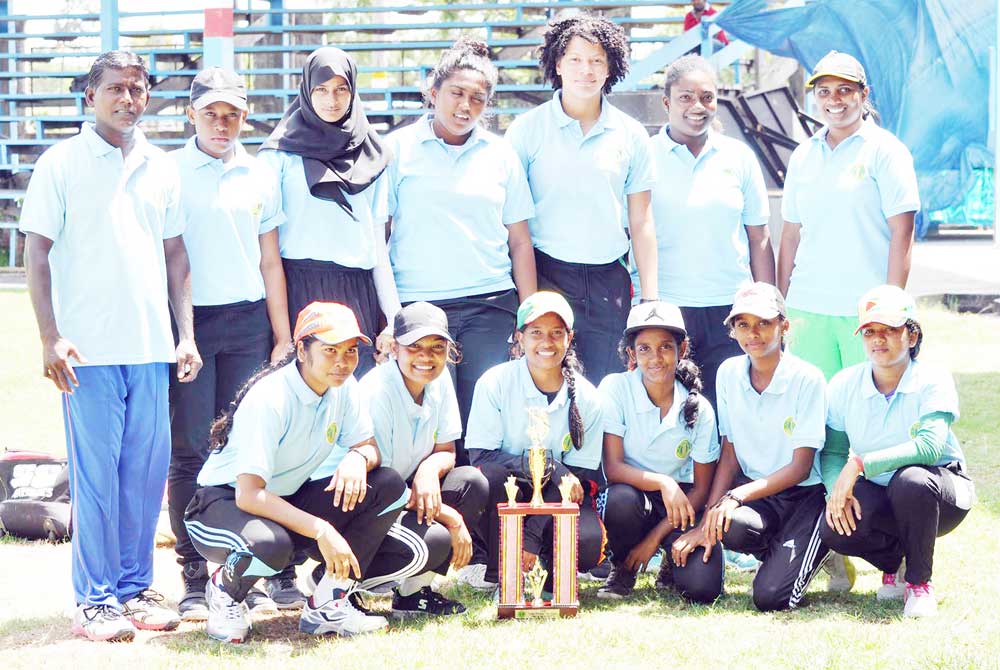 The winning Demerara U19 female cricket team along with their Coach take time out for a photo after the win.

Batting first the President’s XI were bowled out for 38 in 17 overs. Sheneta Grimmond top scored with nine, while extras contributed 19. Lavern welcome had 2-3 and Mandy Mangru 2-4. Demerara fell for 37 in 19 overs in reply. Yougeeta Balkishun made 11 and Mangru nine. Kessica Munroe grabbed 4-11, Lafona Gilgeous 2-10 and Grimmond 2-3.
Demerara beat Berbice by 15 runs in the opening fixture played on Saturday which handed them a better net run rate than Berbice. Grimmond was named player of the match.