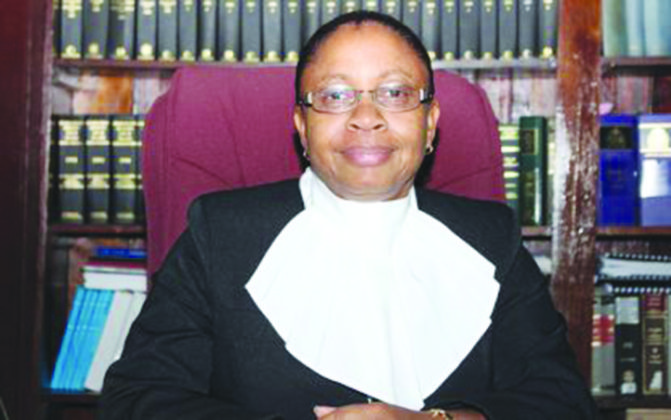 Chief Justice (ag) Roxane George is expected to decide today, the fate of the second election petition filed by the Opposition APNU/AFC seeking to vitiate the March 2, 2020 General and Regional Elections.

The petition is being challenged by Attorney General Anil Nandlall with the support of People’s Progressive Party/Civic General Secretary Bharrat Jagdeo, who are asking the High Court to strike it out.

In the November 10, 2020 application, Nandlall urged the court to dismiss the second election petition filed by the coalition on the grounds that it was served in breach of the requirements under Section 2 of the National Assembly Validity of Elections Act.

At today’s ruling, Justice George is expected to hand down her decision on the preliminary arguments relating to the defective service of the petition and whether former President and Leader of the APNU, David Granger, is a necessary party in the proceedings. 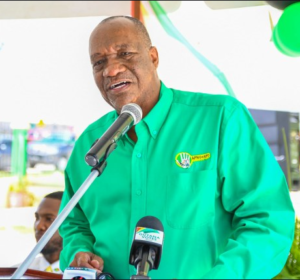 Lawyers for petitioners Monica Thomas and Brennan Nurse during the December 1, 2020 hearing had asked the court to overlook the deficiencies in the service of the petition on Granger, who is the second respondent and Head of the APNU/AFC List of Candidates, hence, spare their petition from being tossed out.

As such, Trinidadian Senior Counsel John Jeremie, representing the petitioners, urged the Chief Justice to disregard the date on the acknowledgement of service and focus on the date on the affidavit.

However, when questioned by Justice George who made the error, the lawyer could not say.

In fact, during a case management hearing in October 2020, the Chief Justice had pointed out that service of the petition on the second named respondent in the matters – APNU/AFC’s leader David Granger – was “out of time”.

She had noted that according to the rules, the petition must be served within five days of filing on the respondents, but the court records show that the petitions were served until September 25. 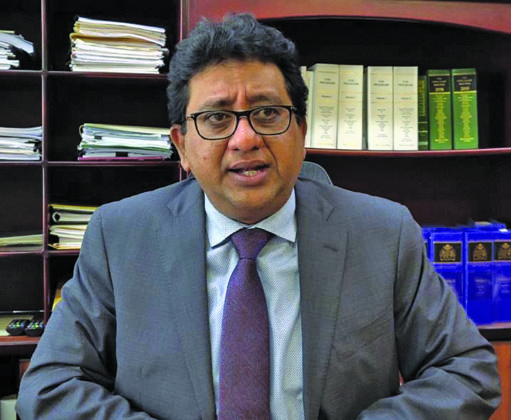 Nevertheless, during the December hearing, AG Nandlall had lambasted the petitioners’ lawyers in court for proving unable to explain the mix up regarding the date of service and went on to call on the court to dismiss the petition.

Meanwhile, Granger’s legal team had made efforts to extricate him from the case by using Section 27 of the Validity of Elections Act and gave notice that he would not be contesting the petition.

But Nandlall had argued that by using this Act, Granger himself has acknowledged that he is a properly named party in the case.

Section 27 (2) of the Validity of Elections Act states “A respondent who has given the prescribed notice that he does not intend to oppose the petition or for whom any person has been substituted shall not be allowed to appear or act as a party against the petition in any proceedings thereon.”

“A respondent, your honour, must mean a properly named respondent. So, by filing that notice to say that he is not opposing that petition, Mr Granger has implicitly or rather, expressly accepted that he is a properly named respondent. That is what the Section gives him the power to do… Mr Granger cannot contend that he is not a proper party in the petition and then use a mechanism in the Act that is directed to proper respondents. He cannot have it both ways, your honour,” Nandlall had contended in court.

Only Friday, Opposition Leader Joseph Harmon said during a press conference that the APNU/AFC is anticipating a favourable ruling.

“We do expect a favourable ruling but it is the court that will make that determination and so we don’t want to prejudge what the judge is going to say. But once there is a favourable ruling, we look forward to the substantive hearing of the petitions before the court. So, what we expect is some timelines will thereafter be set for the substantive trial. If, in fact, there is an adverse ruling on one of the petitions, I believe if that is so then we have the right to appeal,” he contended.

Harmon went on to say that the coalition is looking forward to the substantive cases being heard by the court so that the contentions in their petitions can not only become a record of the court, but also known to the international community.

The second election petition filed by the APNU/AFC challenging the validity of the 2020 General and Regional Election was on Monday dismissed by Chief Justice Roxane George for non-compliance with effecting service in accordance with the National Assembly (Validity of Elections) Act.

The petition was filed by Monica Thomas and Brennan Nurse. The Chief Justice, in her ruling, underscored that procedures for filing an election must be strictly complied with. The Chief Justice held that the petition and the relevant documents were served outside of the statutory five days period on former President David Granger- the second-named respondent.

Relying on several case laws from the Caribbean region, Justice George noted that non-adherence to the provisions requiring service within the stipulated time will result in the petition being nullified. She noted, too, that service out of time can be fatal to an election petition.

According to Justice George, the petitioners- Monica Thomas and Brennan Nurse– have sought to correct this error and “has failed miserably” since the evidence adduced by them was “manifestly unreliable.”  Among other things, Justice George said that it does not matter that Granger filed notices indicating that he will not file submissions opposing the petition.

Lawyers for the petitioners had asked the Chief Justice to overlook the deficiencies in the petition and proceed with hearing the substantive case. However, Justice George pointed out that Granger is a necessary party to the election petition, and as such, non-compliance with service cannot be overlooked. Having regards to the foregoing, Justice George held that late service on Granger amounts to non-service, which will lead to the petition being nullified by the court.

“I declare that the petition is a nullity and cannot proceed…this petition is therefore dismissed,” the Chief Justice asserted.  Court costs were awarded to the Respondents.

Claudette Thorne and Heston Bostwick have also filed an election petition on behalf of the APNU/AFC.  Justice George on Monday announced that the court will proceed with hearing this petition.

In that petition, the petitioners are asking the court to set aside the results of the March 2020, General and Regional Elections as it was held unlawfully. They are also asking the court for an order nullify the declaration of Dr Irfaan Ali as President of Guyana.

According to Nandlall, there was no evidence to support the time at which the petition was served upon the former Head of State. He outlined that Section 8 of the National Assembly (Validity of Elections) Act stipulates that the respondent is to be served with the notice of the presentation of the petition, and of the nature of the security or proposed security, and a copy of the petition with supporting affidavit.

But according to an affidavit by Nurse, the petition along with the relevant documents were not served on the former President until September 25, 2020- four days outside of the statutorily prescribed period.  Having regards to the circumstances, Nandlall urged the court that the petition ought to be dismissed.

CJ wants all the SOP and SOR. Another losing battle by the fraudsters.

CJ wants all the SOP and SOR. Another losing battle by the fraudsters.

Only a matter of time before the petition is thrown out again.

We may have lost the battle, but we will win the war.

We may have lost the battle, but we will win the war.

When hell freezes over. I wondering when you were going to surface.

The PNC and Coalition never win a free and fair election.

When hell freezes over. I wondering when you were going to surface.

The PNC and Coalition never win a free and fair election.

The PPP won because of the dead and those living abroad still on the voters lists. PPP is the smarter rigger.

The PPP won because of the dead and those living abroad still on the voters lists. PPP is the smarter rigger.

Thanks to the PNC. If that is true, they got a taste of their own medicine. They got horsewhipped.

Sign In To Reply
Post
Current Visitors: 25 (1 member, 24 guests)
Welcome to the Original Guyanese Discussion Forums, first established in 1996. Here you can discuss, ask questions or generally debate anything related to politics, movies, music, health or just gyaff away your day/night here. A note of warning, the Political forum is not for the faint of heart.  We do have some rules, so please adhere to them .
Do not post any messages that are obscene, vulgar, sexually-orientated, racist, hateful, threatening, or that otherwise violate any laws. Do not post any messages that harass, insult (name calling), belittle, threaten or mock other members.

Join Now
cain replied:
Isn't it strange even though an individual is shown along with a name, no information could be found regarding this person nor business?

Totaram replied:
Nagamootoo has rightly claimed his role in the legacy of the great leader. The PPP has abandoned Cheddi.
Totaram replied:
You made the statement. You need to answer the question, not me. Imagine the PPP and its sycophants defending and promoting a rotten...
Mitwah replied:
@shallyv , ILUM = I L uv U M its.

kp replied:
Me honor, you tell me.
Approval of trawler licences an ‘act of corruption’ – Jonas
1 hour ago

Black leaders in the PPP/C are serious threat to black rights, black empowerment
2 hours ago