As preparations continue for the Courts Furniture Store Annual Mashramani cycle road race in Berbice, some changes have been made.
The event, which will be the 10th annual sponsored by Courts, will be held as part of the 48 Mashramani Republic celebrations and will once again be organised by the Flying Ace Cycle Club. 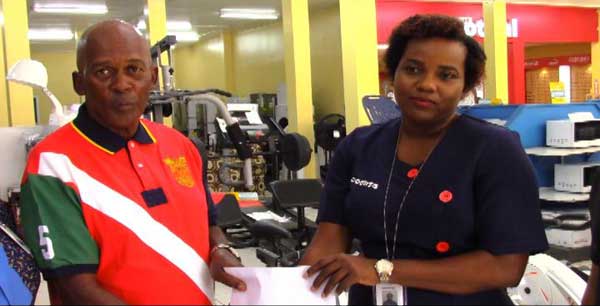 The 50 miles event will be held on February 23rd Mashramani day and is dubbed the Courts Mashramani cycle road race.
It is open to all cyclists in Guyana and all the top riders in the country are expected to travel to the Ancient County to be part of the action.
The race is set to pedal off at 09:00 hrs from in front of the Courts Furniture Store in New Amsterdam at Main and St Ann Streets, proceed to Nand Persaud Business complex up the Corentyne before returning to finish at the place of origin. Regional Chairman Region 6 David Armogan and officials from Courts are expected to send the cyclists on their way.
There will be prizes for the first eight finishers, the first four club cyclists, the top two juveniles, the first two females, first three 12-14 riders. The first three 12-14 BMX and the first three 6-9 BMX riders to cross the finishing line will also be rewarded. There will also be 10 sprint point prizes up for grabs.
Juveniles and 12-14 cyclists will pedal from Rose Hall Town. The females will ride from the Chris Jagdeo at No1 to the finishing line. The BMX riders will race from the New Amsterdam Technical Institute (NATI).
A grueling event is anticipated since most of the cyclists are in top form.
The presentation ceremony will be held immediately after the completion of the event.
The coordinator is Randolph Roberts. Cyclists are reminded that they must ride in their club colours.  (Samuel Whyte)

Sign In To Reply
Post
Current Visitors: 192 (5 members, 187 guests)
Welcome to the Original Guyanese Discussion Forums, first established in 1996. Here you can discuss, ask questions or generally debate anything related to politics, movies, music, health or just gyaff away your day/night here. A note of warning, the Political forum is not for the faint of heart.  We do have some rules, so please adhere to them .
Do not post any messages that are obscene, vulgar, sexually-orientated, racist, hateful, threatening, or that otherwise violate any laws. Do not post any messages that harass, insult (name calling), belittle, threaten or mock other members.

Join Now
Prashad replied:
Thanks Cain. The wife told me that there is a French area there. I don't know one word in French.

cain replied:
Some also do so out of their asses. This will be interesting as we know politicians as well as lawyers lie likea rass.