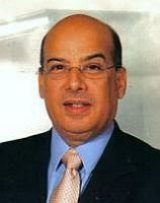 Caribbean people are fun-loving and at Christmas they particularly enjoy celebration in the spirit of the Season. A brave attempt has been made by many throughout the region to maintain that spirit this year. But, across the Caribbean, it is a blue Christmas that not even the reduced Christmas lights and decorations can dispel. In the majority of countries, the poor economic conditions are the principal cause of gloominess; in others, political uncertainty is also a factor.

With the exception of Guyana and Suriname, the economies of every one of the 15 Caribbean Community (CARICOM) countries experienced either a contraction of its economy or negligible growth in 2009 and 2010. This year has proven to be no better.

Tourism, the main money earner for many of the Caribbean island-countries, has declined significantly over the last three years. While some countries have claimed increased tourist arrivals, the increase – if it is real – has not shown itself in greater income. If there are more –or as many – tourists arriving in Caribbean destinations as before, they are spending less - not surprisingly given the challenging conditions in the United States and European Union (EU) countries from which the majority of the region’s tourists come.

It is likely that, without remittances from nationals resident abroad, many people in the region would have been unable to indulge in Christmas shopping and putting on the table the food and drinks that have been the staple of Christmases past. According to Guyana Newspaper Editor, Adam Harris, this observation is as true for the mainland country, Guyana, as it is for the island-states of the region.

A World Bank study reveals that among the top ten countries in the world receiving remittances in 2009 as a percentage of their Gross Domestic Product (GDP) are four CARICOM countries: Guyana (17.3 percent) at number three, Jamaica (13.8 percent) at four, Grenada (8.7 percent) at eight and St Kitts-Nevis (7.3 per cent) at ten. In terms of actual total remittances, another Caribbean country, Barbados, ranked just behind Guyana, receiving US$0.2bn to Guyana’s US$0.3bn. The study shows that global remittances further increased in 2010.

This shows the immense dependence Caribbean countries now have on remittances from their nationals abroad. The World Bank places the contribution of remittances to Caribbean economies at a higher level than official development assistance (or aid) for all of them.

The contribution of remittances has come at a price. For example, eight CARICOM countries are among the top ten in the world for high emigration rates of tertiary-educated people. They are: Guyana, (89.0 percent), Grenada (85.1 percent), Jamaica (85.1 percent), St. Vincent and the Grenadines (84.5 percent), Haiti (83.6 percent), Trinidad and Tobago (79.3 percent), St. Kitts and Nevis (78.5 percent), and St. Lucia (71.1 percent)

Canada has been the only market that has remained consistent or shown an increase in tourist (and visiting nationals) arrivals in some Caribbean countries. This is due to the increase in the value of the Canadian dollar against the US dollar to which most Caribbean currencies are pegged at a fixed exchange rate.

But, even the Canadian window may begin to narrow in 2012 as Canadian exports to the US and the EU begin to drop against increasingly worsening economic conditions in both areas. This will have an adverse effect on employment in Canada with a natural constraint on holiday travel. Certainly, the Euro – the common currency of the majority of EU countries – shows every sign of declining in value next year especially if conditions in some of the sick countries in the EU not only worsen but spread.

The United Kingdom, which is part of the EU but outside of the common currency, has severe problems of its own. Austerity measures imposed by the government have occasioned enlarged unemployment and less disposable income. Along with this, a punishing Air Passenger Duty applied by the UK government on flights to the Caribbean has raised fares to levels that encourage travel to other destinations where the duty is lower.

Throughout the islands of the Eastern Caribbean and Barbados, businesses have complained of a drop in sales. In Barbados, the head of the Chamber of Commerce has warned that businesses will not be able to maintain employment at 2011 levels. Thus, employment in Barbados – now said by the International Monetary Fund (IMF) – to be at 12 per cent might rise as the New Year progresses. Unemployment in many Eastern Caribbean countries is already at 20 per cent and higher.

Jamaica is now experiencing election fever with general elections to be held on December 29. Political commercials are competing with Christmas carols on the radio and jostling advertising for Christmas sales on television and the newspapers.

The Jamaica economy is also in the doldrums and an IMF Stand-by loan facility has been stopped because the government failed to meet the criteria for continued disbursement. At the end of the election, how to deal with Jamaica’s troubled economy to create jobs and improve welfare for the vulnerable and the needy will still remain the biggest issues facing the government.

Political uncertainty also exists in Barbados and Guyana. In Barbados, both the governing and opposition parties have unresolved internal conflicts that are provoking the sense of jeopardy caused by economic difficulties.

In Guyana, where the economy has grown consistently over the last three years, and where new investments – particularly by Canadian companies in gold and bauxite mining and in oil exploration – offer bright prospects, an uneasy political peace exists in a situation in which the Peoples Progressive Party/Civic is running a minority government while two opposition parties – A Partnership for National Unity and the Alliance for Change - control the Legislature. There is an overhang of political ambiguity that only genuine goodwill and co-operation among the political parties can disperse.

Considerable worry about the prospects for 2012 has made this Caribbean Christmas blue.

Sign In To Reply
Post
Current Visitors: 35 (0 members, 35 guests)
Welcome to the Original Guyanese Discussion Forums, first established in 1996. Here you can discuss, ask questions or generally debate anything related to politics, movies, music, health or just gyaff away your day/night here. A note of warning, the Political forum is not for the faint of heart.  We do have some rules, so please adhere to them .
Do not post any messages that are obscene, vulgar, sexually-orientated, racist, hateful, threatening, or that otherwise violate any laws. Do not post any messages that harass, insult (name calling), belittle, threaten or mock other members.

Join Now
seignet replied:
I doan think all Brahmin were rich and land owners before the Raj. The Raj employed Brahmins to conive trickery on ppl who worked the...
Mitwah replied:
The matter was never brought up at the PPP Party's Executive Meeting. Another "Serious Matter" was swept under the rug by the PPP as per...

seignet replied:
I saw it and wondered. For all the oil money I expect see super things. Was in Abuja some years ago and I saw roads, man they were...
Totaram replied:
The picture may give you a clue. It appears to be mud--mud to the left, mud to the right, mud on top--therefore, a mud dam topped with ...
Mitwah replied:
I did give it. Click Source Or here is the URL: Indian indentured labourers - The National Archives