Sharvari is the latest discovery of Yash Raj Films. She will be seen in Bunty Aur Babli 2 which will also star Rani Mukerji and Saif Ali Khan. 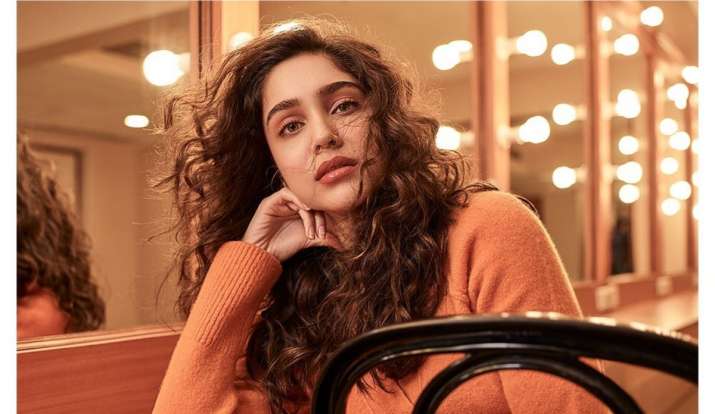 From her dream to pursue a career as a civil engineer to becoming a part of the dream world of Bollywood, the journey has been interesting for Yash Raj Films' latest discovery Sharvari.

A resident of Shivaji Park in Mumbai, Sharvari dreamt of pursuing a career as an engineer but God had other plans.

"I am born and brought up in Mumbai. My dad is a builder, mom is an interior designer and my sister is an architect. I wanted to become a civil engineer. I was in eleventh standard and studying science. At that time, there was a beauty competition that came to promote in our school. I was in the chemistry lab when our teacher said whoever takes part in the competition will get a three-hour attendance. I immediately went for it," Sharvari told IANS.

Even though Sharvari was studying science, she revealed that she has always been drawn towards dance and cinema. The debutante said: "Right from my childhood I have been attracted towards dancing, movies etc. I won that competition and appeared in a TV commercial as promised by the organisers. After the TVC, I started getting calls for auditions."

Sharvari added that before taking up acting, she had worked as an assistant director on Bollywood movies like "Pyaar Ka Punchnama 2", "Bajirao Mastani" and "Sonu Ke Titu Ki Sweety".

She is set to make her Bollywood debut with YRF's "Bunty Aur Babli 2" alongside Rani Mukerji, Saif Ali Khan and Siddhant Chaturvedi, the shoot for which is currently going on.

Prior to that, she will appear in Amazon Prime original series "The Forgotten Army: Azaadi Ke Liye". The Kabir Khan directorial is based on the life of soldiers of Netaji Subhash Chandra Bose's Azad Hind Fauj or the Indian National Army (INA) that had played a crucial role in India's struggle for independence.

Sharing her experience of working with filmmaker Kabir Khan, Sharvari said: "Kabir Sir is a very sweet person and as a director, his vision is very clear. He wanted to make this since 20 years so he knew exactly what he wanted, how he wanted his characters but he never put any kind of pressure on us."

The debutant revealed that she felt ashamed after reading the script for the first time thinking how come she did not know much about INA. "As a student I had only read that Subhash Chandra Bose had formed something called the Indian National Army which was not in India. I had no idea about anything else. When I started reading the script, I felt ashamed thinking how do I not know about this," said the actress.

"It's a proud moment for me that we are getting to tell this story to a lot of people through this series," she added.

Welcome to the Original Guyanese Discussion Forums, first established in 1996. Here you can discuss, ask questions or generally debate anything related to politics, movies, music, health or just gyaff away your day/night here. A note of warning, the Political forum is not for the faint of heart.  We do have some rules, so please adhere to them.
Join Now
Loading...
Current Visitors: 105 (1 member, 104 guests)
Re: This FB thing
2 hours ago

Patterson had to resign because his appointment was in violation of the Constitution. Succinctly .... 1. Leader of the Opposition MUST...
6 hours ago

So yuh seyin Granger couldn't muster up crowds like dese THOUSANDS TURN OUT AT LETHEM FOR PPPC MEETING. LETHEM
6 hours ago

Question for you bai. Lets say you deliberately stole a pair of jeans from Macy's and got away with it but after a few days, you decided...
7 hours ago

This FB thing
2 hours ago
Rickford Burke reply to Jagdeo - about the Senators Statement after visiting Guyana.
6 hours ago

After 20-plus years and a sordid record, what good can we expect from Jagdeo?
11 hours ago