Like I asked before, DG, what is the colour of brains? Deny people learning or opportunities makes you superior or does your ability to inflict death or injury do that? Sh*t, they go back to heaven, the spirit or energy world, before you and unlike you, they are no longer concerned with the physical demands of a body! No need for food, drink, clothing or shelter or fing or jealousy! And you're still here looking on, interfering to help only where necessary!

Hooray for death! It's unappreciated!

This article is part of “Inheritance,” a project about American history and Black life.

This article was published online on February 9, 2021.

In 1862, an abolitionist from Philadelphia named Charlotte Forten decided to go south to the Sea Islands of South Carolina. She was taking up an important mission: teaching Black children, newly liberated by the Union Army, how to read. Two years later, she would describe for readers of The Atlantic the exhilaration she felt as she traveled to her post. 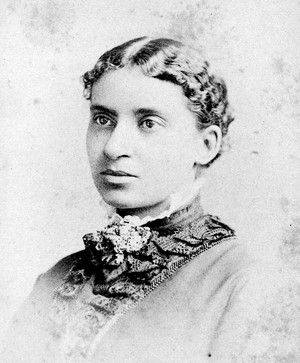 We thought how easy it would be for a band of guerrillas, had they chanced that way, to seize and hang us,” she wrote in our May 1864 issue, “but we were in that excited, jubilant state of mind which makes fear impossible, and sang ‘John Brown’ with a will, as we drove through the pines and palmettos. Oh, it was good to sing that song in the very heart of Rebeldom!”

Forten’s writing is vivid and modern and beautifully descriptive. She takes her readers to a remote and brutal stretch of the Confederacy, and she renders her subjects—the persecuted, resilient people of South Carolina’s rice and cotton plantations—­fully human. (Forten, in fact, was one of the first to call the melancholic state of mind that she discovered among the formerly enslaved “the blues.”)

For us, Forten is notable not only for her moral urgency but because she was the first Black woman to write in our pages. In the first decade of The Atlantic’s existence (the magazine was founded in 1857), it was the abolitionist Brahmins—Emerson, Lowell, Stowe, Holmes, Longfellow—who were most publicly exalted. And then, of course, came the giant, Frederick Douglass, who did immortal writing for The Atlantic. But Charlotte Forten, a Black woman who deserves to be remembered, has been mainly forgotten.

She came to my mind, though, during a conversation with Gillian B. White, one of our managing editors. Gillian was describing to me an idea, a way to use The Atlantic to fill in the blank pages of Black history. One of the questions that arose was Are we doing enough? Historically, this magazine has made many contributions on matters of race: Not only Douglass but W. E. B. Du Bois and Booker T. Washington found a home for their writing here. When Martin Luther King Jr. sought a national audience for a letter he wrote while held prisoner in the Birmingham jail, he turned to The Atlantic. And The Atlantic featured on its cover the most influential article published in America in the past decade, Ta-Nehisi Coates’s “The Case for Reparations.” But if we are to live up to this legacy, we have more to do. Gillian’s idea was to revive what we began to call “lost Black history.”

“For so many Black Americans, history is a dead end,” she told me recently. “I look at my daughter and my niece and my nephew and wish I had more of their history to share with them. I really want them to see themselves represented in the story of this country and to know that America has always been ours, too. And yet Black people are left out of so many commonly shared American histories.”

Watch: Atlantic writers will bring the “Inheritance” project to life on February 18

Out of these conversations, and conversations across our staff, The Atlantic’s “Inheritance” project was born. The articles in this issue of the magazine represent the first fruits of this continuing effort, which you will see manifest itself in print, on our website, and everywhere The Atlantic makes journalism.

We open this issue with a legend (and an Atlantic contributing writer), Anna Deavere Smith, who recounts her own coming to consciousness on a sheltered, mostly white college campus in the 1960s. Danielle Allen, the James Bryant Conant University Professor at Harvard and a regular Atlantic contributor, revives the memory of one of the nation’s earliest and most dogged abolitionists (Allen’s article will be published on February 10). Clint Smith, one of our newest staff writers, and the author of a forth­coming book, How the Word Is Passed, offers a close study of the ways in which America reckons with slavery, and guides us through the archives of a New Deal–era initiative focused on preserving the memories of the formerly enslaved. And our senior editor Vann R. Newkirk II writes movingly about the history of the Voting Rights Act through the prism of his mother’s own experience of American democracy (Newkirk’s essay will be published on February 11). These stories, and other stories being published on our website, are part of an ambitious, never-ending effort to fulfill The Atlantic’s mission: to illuminate the American idea, and to help build, through our writing, a more perfect union.

Vann Newkirk’s mother died in November at the too-young age of 56, as Vann was working on the article that appears in these pages. Vann’s colleagues and friends are honored to dedicate this issue of The Atlantic, one devoted to the importance of memory, to the memory of Marylin Thurman Newkirk.

This article appears in the March 2021 print edition with the headline “The Atlantic and Black History.”

Well, DG, you seem to be playing.a part, too! Congratulations! The world needs more people like you!

25 Civil Rights Leaders of Past and Present

We'll feel their impact for generations to come.

These three women (Patrisse Cullors, Alicia Garza, and Opal Tometi) are the founders of Black Lives Matter. The organization, which was started in 2013 as a recation to the acquittal of Trayvon Martin’s murderer, has put a global name to the ever-evolving cultural movement that Black lives deserve the equal respect, human treatment, and level of livelihood that is experienced by their white counterparts. They act as an inclusive, nonviolent space to enforce these ideals on both a national and local scale through protest, policy, and social media campaigns. Cullors, Garza, and Tometi were each named on Time's 2020 most influential people in the world list.

Without Abbott's creative vision, many of the Black publications of today—such as Ebony, Essence, Black Enterprise, and Upscale—wouldn't exist. In 1905, Abbott founded the Chicago Defender weekly newspaper. The paper originally started out as a four-page pamphlet, increasing its circulation with every edition. Abbott and his newspaper played an integral part in encouraging African Americans to migrate from the South for better economic opportunities.

26 Black Americans You Don't Know But Should, --These hidden figures deserve to be celebrated.

These span various topics that will inspire you to take your research beyond Black History Month. 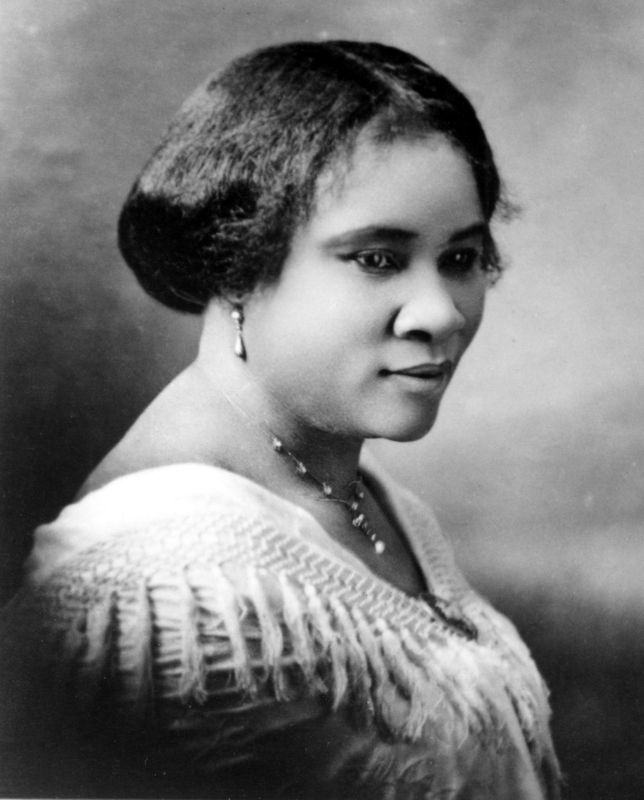 Madam C.J. Walker became one of the first female self-made millionaires in the world when she inventing a line of hair care products specially for African Americans in 1905. She traveled around the country to promote her products and give hair care demonstrations. She eventually founded Madame C.J. Walker Laboratories to manufacture cosmetics and train beauticians. 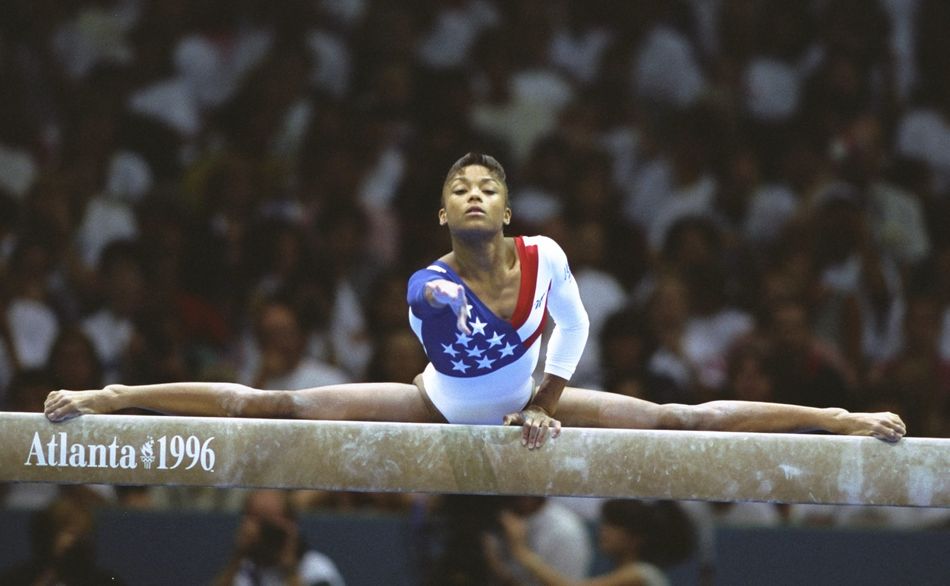 Dominique Dawes became the first African American to win an individual Olympic medal in women's gymnastics for her floor performance at the 1996 games in Atlanta. Dawes also won a gold medal with the U.S. women's gymnastics team. She participated in the 1992, 1996 and 2000 Olympics before she retired.

Madam Walker was a multimillionaire. I saw her massive house. 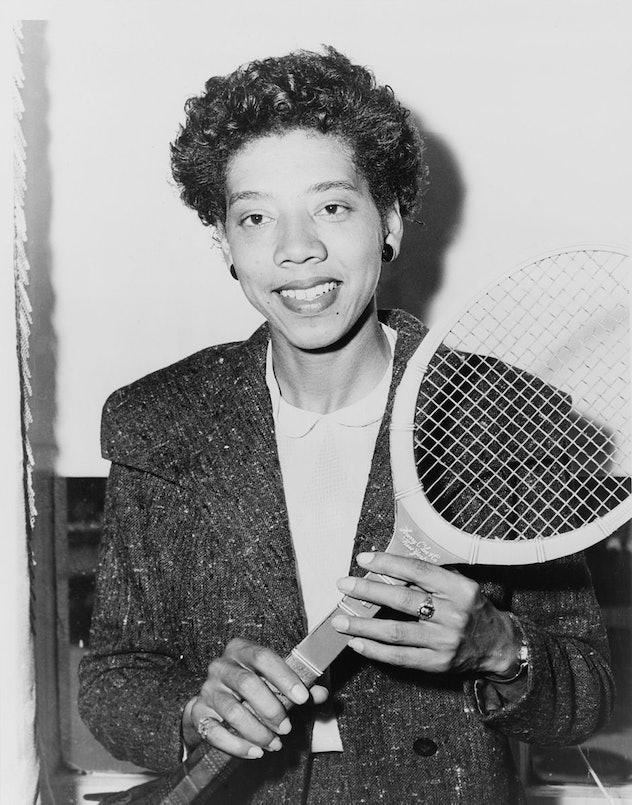 Unless you're a longtime tennis fan, you may not be familiar with Althea Gibson, who was the first Black woman to compete at Wimbledon in 1951, according to the International Tennis Hall Of Fame, opening doors for Black athletes everywhere. And she didn't just compete — her victories are legendary. She went on to win singles titles at the U.S. Open and Wimbledon in 1957 and 1958, and the Associated Press named her Female Athlete of the Year those same two years in a row.

In 2016, Serena Williams recognized her accomplishments when she tweeted, "Althea Gibson paved the way for all women of color in sport." And though Gibson is most famous for her tennis skills, that wasn't the only sport she played. Gibson became a professional golfer in 1963, just years after winning her tennis titles.

Any time of year is an excellent one to learn about Black women in history who accomplished incredible things, but have been neglected by historians — particularly those who've been excluded from your high school or college curricula. Beyond Rosa Parks and Harriet Tubman, there are thousands of Black women who broke barriers — in sport, medicine, literature, politics, and every other sphere — and deserve much greater recognition.

According to the National Council for the Social Studies, not knowing about these extraordinary Black women is common. "Only one to two lessons or 8–9 percent [sic] of total class time is devoted to Black history in U.S. history classrooms," the organization says. They recommend curriculum "from a Black perspective with topics specifically geared towards the Black experience" to help improve the superficial knowledge many kids are left with after Black history lessons.

History isn’t fixed in textbooks; it’s a continual process of discovery you can take part in no matter what your knowledge base is. Even if you're done with school, you can still learn, which where this list of 18 Black women you should know about comes in. From civil rights activists, to poets, sports stars, and state leaders, knowing these women’s stories is essential — and long overdue.

Join Now
Ilum replied:
You spot on. Not so long ago when Burke and his criminal PNC cohorts wanted to steal the elections, they were moaning and groaning about...

kp replied:
I will tell Chris what a disgraceful uncle you are. Shame.
Mitwah replied:
Last night an acquaintance celebrated his 55th year since he migrated from Guyana. He said it was a blessed day when he boarded the ship...