Your night life prepares you for what’s to come.

The Atlantic |, Ben Healy, This article was originally published on March 7, 2019, by The Atlantic, and is republished here with permission.  Ben Healy is a writer and former Atlantic deputy managing editor. 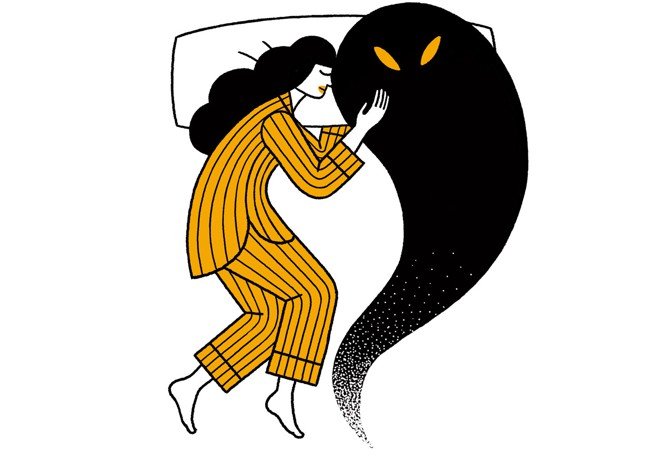 What are dreams for? A handful of theories predominate. Sigmund Freud famously contended that they reveal hidden truths and wishes. [1] More recent research suggests that they may help us process intense emotions, [2] or perhaps sort through and consolidate memories, [3] or make sense of random neuron activity, [4] or rehearse responses to threatening situations. [5] Others argue that dreams have no evolutionary function, but simply dramatize personal concerns. [6]

Despite being largely unsupported by evidence, Freud’s view maintains a strong following around the world. Researchers found that students in the U.S., South Korea, and India were much more likely to say that dreams reveal hidden truths than to endorse better-substantiated theories. [7] Relatedly, people put great stock in their dreams: In the same study, respondents said that dreaming about a plane crash would cause them more anxiety than an official warning about a terrorist attack.

Even if dreams can’t foretell the future, they seem to expose our shared fascinations. The majority of dreams occur during REM sleep cycles, of which the average person has four or five a night. Eight percent of dreams are about sex, a rate that holds for both women and men—though women are twice as likely as men to have sexual dreams about a public figure, while men are twice as likely to dream about multiple partners. [8] Anxiety is also rife: A study of Canadian university students found the most common dream topics, apart from sex, to be school, falling, being chased, and arriving too late for something. [9]

For all the commonalities dreams exhibit, they vary across time—people who grew up watching black-and-white TV are more likely to dream in black and white [10]—and culture. A 1958 study determined that compared with Japanese people, Americans dreamed more about being locked up, losing a loved one, finding money, being inappropriately dressed or nude, or encountering an insane person. Japanese people were more likely to dream about school, trying repeatedly to do something, being paralyzed with fear, or “wild, violent beasts.” [11] (For their part, beasts almost certainly have nightmares too: Just about all mammals are thought to dream, as are birds, some lizards, and—unique among invertebrates—cuttlefish. [12] The dreamiest member of the animal kingdom is the platypus, which logs up to eight hours of REM sleep a day. [13])

If human dreams sound bleak, bear in mind that even negative ones can have positive effects. In a study of students taking a French medical-school entrance exam, 60 percent of the dreams they had beforehand involved a problem with the exam, such as being late or leaving an answer blank. But those who reported dreams about the exam, even bad ones, did better on it than those who didn’t. [14]

So the next time you dream about an education-related sexual experience in which you are both falling and being chased, don’t worry: It’s probably totally meaningless. Then again, your brain might be practicing so you’ll be ready if such an event ever comes to pass.

[4]Hobson and McCarley, “The Brain as a Dream State Generator” ( American Journal of Psychiatry , Dec. 1977)

[7]Morewedge and Norton, “When Dreaming Is Believing” ( Journal of Personality and Social Psychology , Feb. 2009)

[14] Arnulf et al., “Will Students Pass a Competitive Exam That They Failed in Their Dreams?” (Consciousness and Cognition, Oct. 2014)

Sign In To Reply
Post
Current Visitors: 27 (2 members, 25 guests)
Welcome to the Original Guyanese Discussion Forums, first established in 1996. Here you can discuss, ask questions or generally debate anything related to politics, movies, music, health or just gyaff away your day/night here. A note of warning, the Political forum is not for the faint of heart.  We do have some rules, so please adhere to them .
Do not post any messages that are obscene, vulgar, sexually-orientated, racist, hateful, threatening, or that otherwise violate any laws. Do not post any messages that harass, insult (name calling), belittle, threaten or mock other members.
Do not use profanity, racial, ethnic, religious, or other slurs and stereotypes, or post sexually-oriented material, masturbatory and excretory references, or any other offensive material.