During the meeting, fishermen raised concerns about the decline in catches they are experiencing and its effect on their ability to provide for their families.

Agriculture Minister Zulfikar Mustapha on Wednesday, met with stakeholders within the fisheries sector to discuss some of the issues faced and ways in which government could assist in finding a resolution.

During the meeting, fishermen raised concerns about the decline in catches they are experiencing and its effect on their ability to provide for their families.

After listening to the fishermen, Minister Mustapha concluded that indeed there has been a noticeable decline in catches over the years and that the government was in full support of having the necessary analyses done to determine the root cause.

The Government of Guyana has indicated that it is in support of an analysis being done to determine the cause of a significant decline in catches being experienced by local fishermen.

Minister Mustapha said the government prefers to have an analysis done to determine its response rather to act on assumptions.

“This government will not let the fisheries industry die. We agree that there have been low catches but we have to shy away from making assumptions without proper first conducting a proper analysis. Guyana is not the only country that is being affected by low catches. This is a global phenomenon and the factors will vary from country to country. The reason behind low catches in one country may not be the reasons behind low catches in another. A number of factors can be causing the low catches and, as a government, we are prepared to work with you to do the work so that we can have a solution to this issue,” Minister Mustapha said. 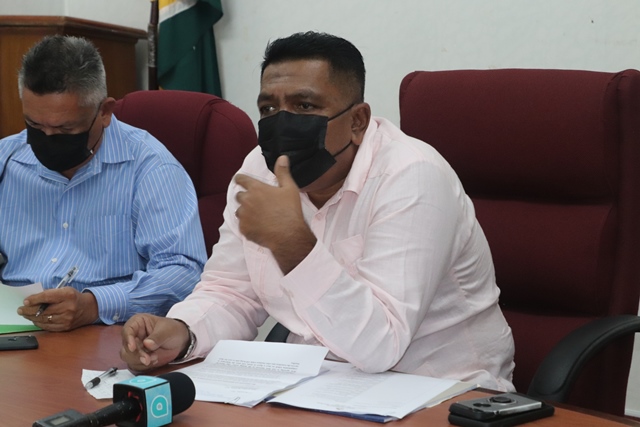 The Minister of Agriculture announced that the Government has started to engage the Environmental Protection Agency (EPA) and the United Nations’ Food and Agriculture Organisation (FAO) to assist with an analysis to determine the reason behind the low catches.

He told the fisherfolk also, that a collective effort between the government and players in the fisheries sector is needed to address the issue of low catches in Guyana.

The FAO, which focuses on issues relating to food around the world, has assisted governments with conducting similar analyses in other countries.

Some of the fishermen believe that the low catch problems that they are facing has to do with the increased activity out at sea in the oil sector.

The ExxonMobil company has said it cannot be blamed for the issue in the absence of any comprehensive study on what is taking place being done.

Low catches may be related to Exxon dumping waste water in the Ocean .

Sign In To Reply
Post
Current Visitors: 56 (1 member, 55 guests)
Welcome to the Original Guyanese Discussion Forums, first established in 1996. Here you can discuss, ask questions or generally debate anything related to politics, movies, music, health or just gyaff away your day/night here. A note of warning, the Political forum is not for the faint of heart.  We do have some rules, so please adhere to them .
Do not post any messages that are obscene, vulgar, sexually-orientated, racist, hateful, threatening, or that otherwise violate any laws. Do not post any messages that harass, insult (name calling), belittle, threaten or mock other members.
Do not use profanity, racial, ethnic, religious, or other slurs and stereotypes, or post sexually-oriented material, masturbatory and excretory references, or any other offensive material.