Throughout the Audit Office of Guyana’s 2019 report, contractors were flagged for receiving overpayments and not refunding the State. This has amounted to over $166 million but Public Works Minister Juan Edghill has made it clear that all avenues, including legal action, will be pursued to recover the sum if necessary.

In an exclusive interview with this publication, Minister Edghill was asked about the cases of outstanding overpayments that the People’s Progressive Party (PPP) Government inherited from its predecessors. 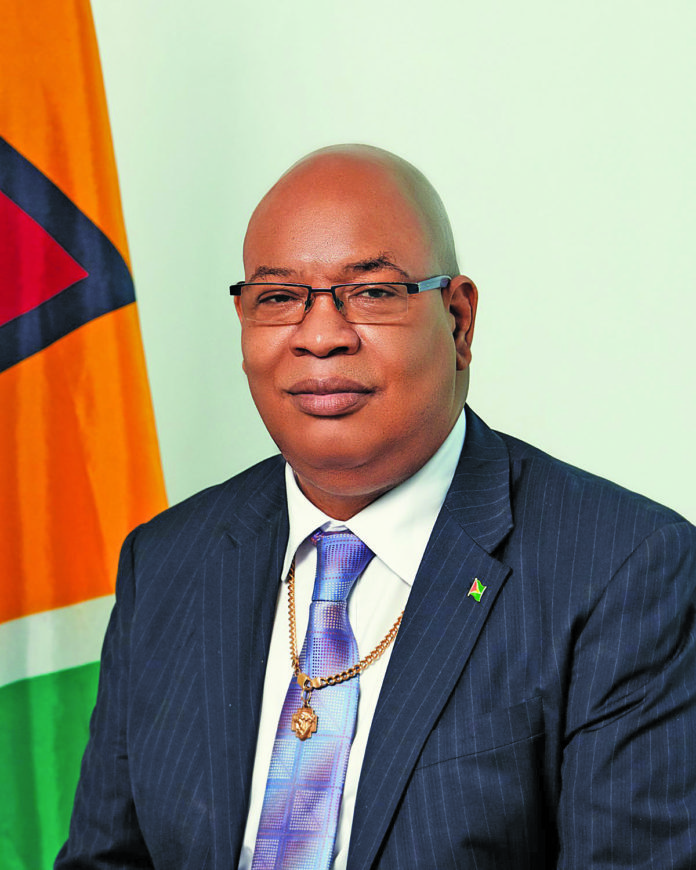 “Wherever there are overpayments, the contractors have to bring the money in. If there is a refusal on the part of the contractor, then we have to take a legal recourse. The issue of overpayments, once they occur, that has to do with measurements and someone in the Ministry paying more than what was measured,” Edghill said.

In some cases, the A Partnership for National Unity/Alliance For Change (APNU/AFC) Government had enlisted the help of the then Legal Affairs Ministry to recover the overpayments. According to Edghill, the Government will do likewise if need be.

“Once that is discovered by the Auditor General then the contractor has to pay it. And if a dispute arises over the payment, then we have to seek legal recourse and definitely, we will engage the Attorney General (Senior Counsel Anil Nandlall) to help in that regard,” he said.

Already, the Legal Affairs Ministry has taken strong action on a number of contracts the Government inherited from the former Government – contracts on which the contractor was not performing.

In November, it was revealed that Nandlall on behalf of the Government, wrote various contractors informing them that their contracts were being terminated on the grounds that they had failed to complete the project in a timely manner and in accordance with work schedules.

Overpayments on contracts, whereby payments are made but works not completed on schedule, has been a common theme in the Auditor General’s reports over the past few years. It is also an issue often dealt with at the level of the parliamentary Public Accounts Committee (PAC).

For 2018, the Audit Report had documented that out of a total of $166 million in overpayments, various Ministries and departments overpaid contractors as much as $92.3 million for the 2018 fiscal year.

In 2019 the trend continued unabated, as the former Government was flagged for overpaying some $166 million of taxpayer dollars in contracts. According to the Audit Report, a number of Ministries, departments and regions were guilty of this practice.

For instance, various Ministries and departments overpaid contractors as much as $92.3 million. The Public Infrastructure Ministry, according to the report, accounted for $63.7 million. Meanwhile, $73.7 million was overpaid by regional administrations. Regions Two, Eight, Nine and 10 were responsible for 70 per cent of this sum.

There was some good news on this front, however. Auditor General Sharma noted in his 2019 report that as of September 2019, $20 million was recovered. This, therefore, leaves $146 million outstanding.

This is what you will get if there is a PNC government again in about 40 years' time.

Sign In To Reply
Post
Current Visitors: 55 (2 members, 53 guests)
Welcome to the Original Guyanese Discussion Forums, first established in 1996. Here you can discuss, ask questions or generally debate anything related to politics, movies, music, health or just gyaff away your day/night here. A note of warning, the Political forum is not for the faint of heart.  We do have some rules, so please adhere to them .
Do not post any messages that are obscene, vulgar, sexually-orientated, racist, hateful, threatening, or that otherwise violate any laws. Do not post any messages that harass, insult (name calling), belittle, threaten or mock other members.

Join Now
Mitwah replied:
The file got lost at the DPP and the matter was swept under the rug at Freedumb House.

Toronto's Dominion Voting Systems sues Rudy Giuliani for $1.3B US
1 hour ago