Aiyaary star Rakul Preet Singh: Great to be back with Miss India, but as mentor 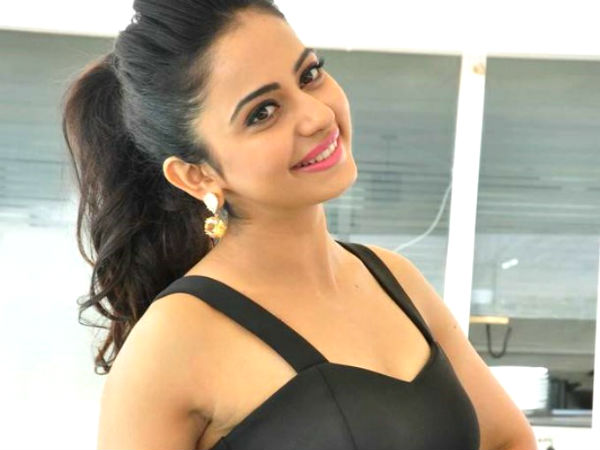 Aiyaary star Rakul Preet Singh: Great to be back with Miss India, but as mentor

Actress Rakul Preet Singh, who was a contestant at the Miss India pageant back in 2011, is set to be a mentor for the pageant this time. She says she is glad to come full circle and help the aspirants in their journey.

Rakul Preet, whose next Bollywood outing is the forthcoming movie "Aiyaary", is the south zone mentor for the fbb Colors Femina Miss India 2018. Pooja Hegde is the west zone mentor, Pooja Chopra is east zone mentor and Neha Dhupia will take care of the north zone.

"It's great to be back in this form where I can bring in something from my side for the contestants. It's like a circle you complete. It has still not settled in my head that it has been so many years... 2011, and it has been seven years already," Rakul said in a promotional video.

"Now I am back as a mentor, but I am really looking forward to the journey and hoping to bring in the best from my end for everyone," she added.

For the 55th edition of the Miss India pageant, the auditions will begin next month in 30 states. The mentors will select one ambassador who will represent their state at the national finals.

Rakul said that participating in the competition was life-changing for her.

"I was very naive. I was like a kid. This was the first pageant I attended. I think it helped me prepare for the world outside. When you start working, and start working in films, you meet so many new people, so it's a great platform for the exposure that you need at that age, and well, ever since life has been great," she said.

With a busy career in the southern and Hindi film industries, Rakul said that "Miss India was my stepping platform".

Her advice for contestants?

"There's only one thing takes you places, and that's your belief in yourself and a lot of confidence. Don't get bogged down... You have to understand that there's only going to be one winner. And I didn't win during my time. Still, that's not the end. Just keep going, believe in yourself and winning and losing is a part of life," she said.

All finalists of fbb Colors Femina Miss India 2018 will undergo rigorous training and grooming sessions from the best experts in the industry before the grand finale in June.

A thousand points is just 3.50%. Don't worry and invest for the long-term. We cannot predict the market in the short term but certainly...
1 minute ago

I was pretty much non committed to any of the Democratic candidates until Bernie spoke about Castro. He has my vote now. It's a lesson...
7 minutes ago

That honour goes to Prashad.
14 minutes ago

Is this your contribution to GNI discussion ?
15 minutes ago

Stop parroting other people. You're not sounding smart. We all know you don't have a clue what you're talking about.
16 minutes ago
Dow might take a thousand points hit today
1 minute ago

Bernie don't know how much it cost, but he thinks he knows who will pay
7 minutes ago

Zara has been suspended
14 minutes ago

C Ram' s Idea and it makes a lot of sense...more than the Marriott!
2 hours ago