SHILLONG, INDIA—Former Indian President A.P.J. Kalam has died at a hospital after collapsing while delivering a lecture in northeastern India.

The president from 2002 until 2007 was known as the father of the country’s military missile program.

B. Warjri, chief secretary of Meghalaya state, said Kalam died Monday evening at a hospital. He was 83.

Kalam fell sick Monday while addressing the students of the Indian Institute of Management in the Meghalaya city of Shillong. Feb. 3, 2006 file photo: Then Indian President A.P.J. Abdul Kalam waving to well-wishers prior to boarding his limousine upon arrival at the Ninoy Aquino International Airport in Manila. Kalam died at a hospital after collapsing while delivering a lecture in northeastern India. The president from 2002 until 2007 was known as the father of the country's military missile program. He was 83

A painting of the forces of Tipu Sultan of Mysore firing missiles at the British army.

Condolences to the people of India.

Tens of thousands of people have attended the funeral of former Indian president APJ Abdul Kalam in the southern state of Tamil Nadu.

He served as India's 11th president from 2002 to 2007 and was known as "Missile Man" after pioneering the country's military missile programme.

He died on Monday after collapsing as he delivered a scientific lecture.

The funeral was carried out with full military honours and attended by prominent political leaders, including Congress leader Rahul Gandhi.

Thousands of people lined the roads to get a last glimpse of his body as it was taken from his ancestral home to a local mosque.

Rich tributes have been paid to Mr Kalam since his death, including on social media, where the tag #KalamSir was the top trend on Twitter India for two days.

APJ Abdul Kalam was born in 1931 into a middle-class family in Rameshwaram, a town well-known for its Hindu shrines.

His father owned boats which he rented out to local fishermen, but he himself began his career as a newspaper vendor.

He then earned a degree in aeronautical engineering from a technology institute in Chennai (Madras).

Mr Kalam joined the Vikram Sarabhai Space Centre in the neighbouring state of Kerala in the 1960s as one of its first three engineers.

He played a major role in the centre's evolution to a key hub of space research in India, helping to develop the country's first indigenous satellite-launch vehicle.

Indian scientists have hailed him as the father of the Indian nuclear bomb and its missile delivery systems. He also played a key role when India tested its nuclear weapons in 1998.

The former president was proud of his Indian education and liked to describe himself as "Made in India", having never been trained abroad.

There has been an outpouring of grief on Twitter and since his death on Monday, nearly half a million tweets have mentioned "APJ Abdul Kalam".

Most users seem to be united in their thought that India has lost "a great son" and "leader" after his death.

Hashtags like #KalamSir and #RIPKalam have been popular among his admirers.

#KalamSir has generated around 100,000 tweets. The hashtag has been used by people who saw him as a teacher and guide. Mr Kalam was known for his friendly interactions with students across the country.

Most Twitter users are using #Rameshwaram to pay their final tributes to the former president on Thursday.

Thousands, including top politicians, paid their respect at his funeral in the southern city of Rameshwaram. And it seems those who could not be in the city are using the hashtag to show their love for Mr Kalam. 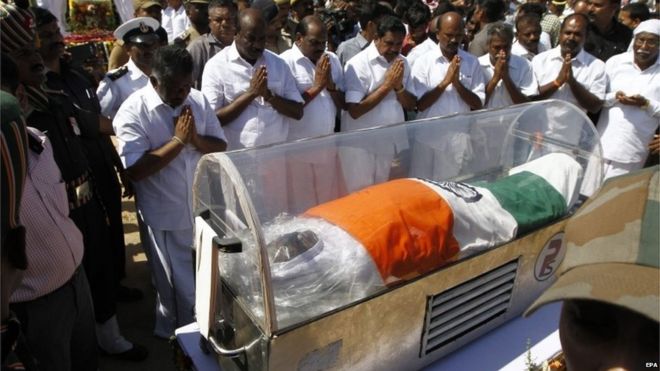 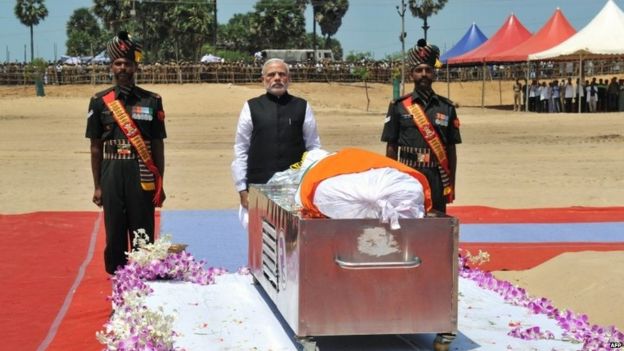 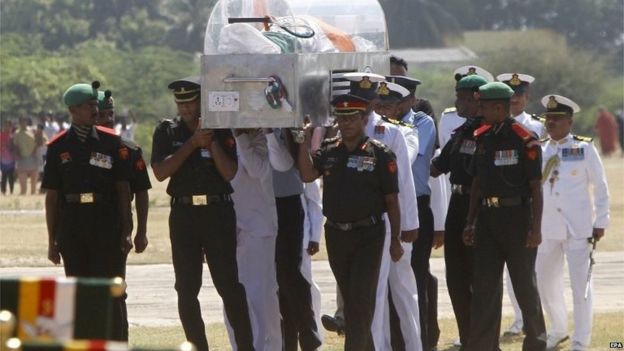 Mr Kalam's funeral was carried out with full military honours 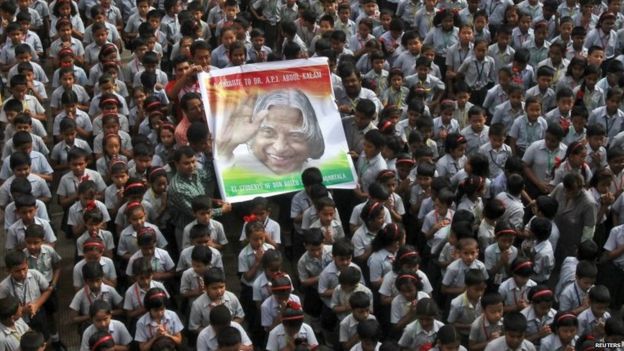 Sign In To Reply
Post
Current Visitors: 115 (1 member, 114 guests)
Welcome to the Original Guyanese Discussion Forums, first established in 1996. Here you can discuss, ask questions or generally debate anything related to politics, movies, music, health or just gyaff away your day/night here. A note of warning, the Political forum is not for the faint of heart.  We do have some rules, so please adhere to them .
Do not post any messages that are obscene, vulgar, sexually-orientated, racist, hateful, threatening, or that otherwise violate any laws. Do not post any messages that harass, insult (name calling), belittle, threaten or mock other members.