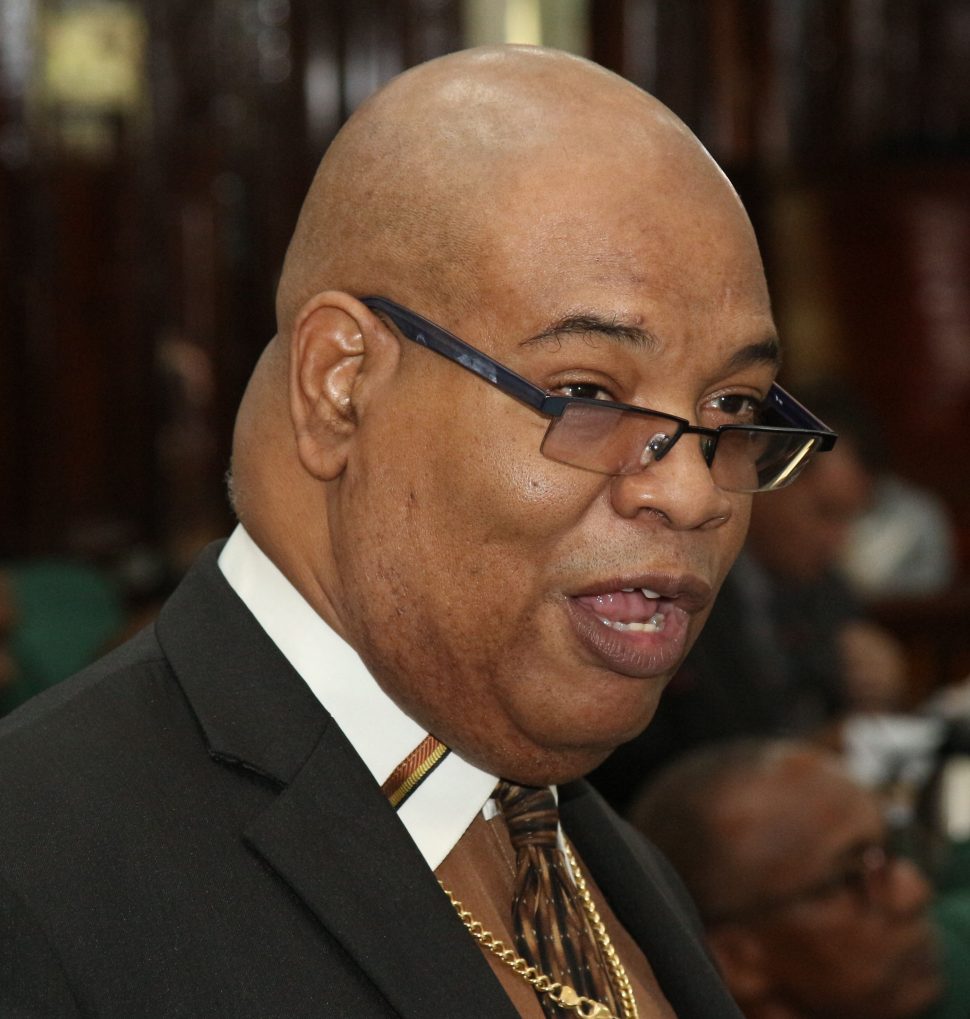 The National Assembly last evening completed its consideration of the 2020 Budget Estimates and passed the $329.4 billion Appropriation Bill.

While the bill was passed unopposed, its presentation followed a fierce debate about the legality of a Statement of Excess brought to the House by Minister of Public Works Juan Edghill.

The Statement of Excess, which was laid in the House on Thursday, explained that $183,156,687,000 or 55% of the budget total had already been spent for the period January 1st to September 30th, 2020. The remaining 45% is expected to be spent from October to December.

According to Edghill, this is the first time in post-colonial history that such a motion has been brought to the Assembly.

He stressed that in this instance he was not proud to be making history and lamented the numerous constitutional violations which the APNU+AFC coalition had committed.

The minister noted that all constitutional provisions say the House should be dissolved for a maximum of four months with three of those months being used for the holding of elections and one month for the installation of new members of parliament.

He lamented that the country has had 20 months without a functioning National Assembly, with eight of those months having elapsed after the dissolution of the 10th Parliament.

“When you lose a No-Confidence Motion, you go to your people and ask that they renew your mandate. Instead, we saw an abuse of the judiciary,” Edghill reminded.

According to Edghill not only did the APNU+AFC coalition violate the constitution during those months but they “broke every law of financial accountability” by signing multi-million dollar contracts on December 31, 2019, signing a US$10 million international loan and withdrawing $10 billion from the Consolidated Fund to loan to the Guyana Power and Light.

“We, as lawmakers, must be governed by moral and ethical codes,” he said, while lamenting the actions of the former administration.

Liberty and Justice Party MP Lenox Shuman, who spoke after Edghill, told the House that he felt uncomfortable sitting shoulder to shoulder with the former governing coalition members on the opposition benches.

According to him, none of the $183.1 billion had been spent on “the most marginalized community” in Guyana: the Indigenous Peoples.

He repeated this claim several times and accused the APNU+AFC of attempting to block an $800 million allocation for the Amerindian Development Fund.

APNU+AFC members of parliament refused to approve this allocation in protest over a refusal to allow questions on its distribution.

Attorney Roysdale Forde, responding to Shuman, stressed that the sums were in fact expended to benefit citizens. “Every dollar was not only legally spent but was spent for the benefit of this country,” he maintained.

The Ministry of Indigenous Affairs now has an approved expenditure of $538.3 million for the period January to September.

Both Forde and former Minister of Public Infrastructure David Patterson challenged the timing of the motion.

According to Patterson, by presenting the Statement of Excess after the considerations of the estimates the governing People’s Progressive Party/Civic (PPP/C) has made sure that no questions could be asked about disparities in spending for the August and September months.

He told the House that $40 billion had already been spent in these two months by the new government and claimed they had increased the monthly expenditure of the country by three billion.

Attorney General Anil Nandlall and APNU+AFC MP Khemraj Ramjattan used their allotted speaking time to argue whether the government spending following the 2012 budget cuts were in any way similar to the expenses detailed in the Statement of Excess, with Nandlall stressing that former Chief Justice Ian Chang had ruled that government could make statutory expenditures and lay the statement for inclusion in the next appropriation bill.

He stressed that since the bill was only being laid last evening, the statement did not need to be presented earlier.

Ramjattan disagreed. He went on to challenge the PPP/C to vote down the motion if they truly believed that the spending during the first seven months of the year was illegal.

Edghill rebutted this contention by noting that the Statement of Excess was an accounting feature. “We are settling the record. The time of what is legal or illegal will be determined by the court,” Edghill stressed.

Following the debate the motion was passed unanimously, with all 64 members of the House who were present voting “aye”.

The opposition agreed to the bill so what are they complaining about. During the months of January to September, The Coalition incurred an expense they couldn't afford to pay for. The PPP paid it off in its budget.

They should be thankful.

It's better than running the country without a budget as the PNC did and spending like drunk Irish sailors. No more empty treasuries.

The bill has been passed and the country is moving forward.

Sign In To Reply
Post
Current Visitors: 179 (6 members, 173 guests)
Welcome to the Original Guyanese Discussion Forums, first established in 1996. Here you can discuss, ask questions or generally debate anything related to politics, movies, music, health or just gyaff away your day/night here. A note of warning, the Political forum is not for the faint of heart.  We do have some rules, so please adhere to them .
Do not post any messages that are obscene, vulgar, sexually-orientated, racist, hateful, threatening, or that otherwise violate any laws. Do not post any messages that harass, insult (name calling), belittle, threaten or mock other members.  Personal attacks are not permitted. Do not use sweeping generalizations and plural pronouns to cloak personal attacks. For example if a poster(s) states that he thinks 'x' is a good idea, replying that "Anyone who supports 'x' is an idiot" is a personal attack.

Join Now
Totaram replied:
You seem to have decided the cases all the way to the ccj without a judge even looking at the evidence. I am conversant enough with the...
Mitwah replied:
Perhaps!

VishMahabir replied:
The problem with you and Rochelle is that you cant seem to get over the fact that the coalition lost this election fair and square. They...
Tola replied:
Some crawl on dem yellow bellies and others on their yellow head.

cain replied:
Biden kicked his ass tonight as expected. I was hoping the podium would slide away from the orange fool as he leaned on it for support.

Elections Petitions
10 minutes ago
Who is moderating the U.S. presidential debate tonight?
1 hour ago