The People’s Progressive Party/Civic (PPP/C) Government is moving apace with the much-anticipated electoral reforms and the first instalment of the draft reforms has already been drawn up. 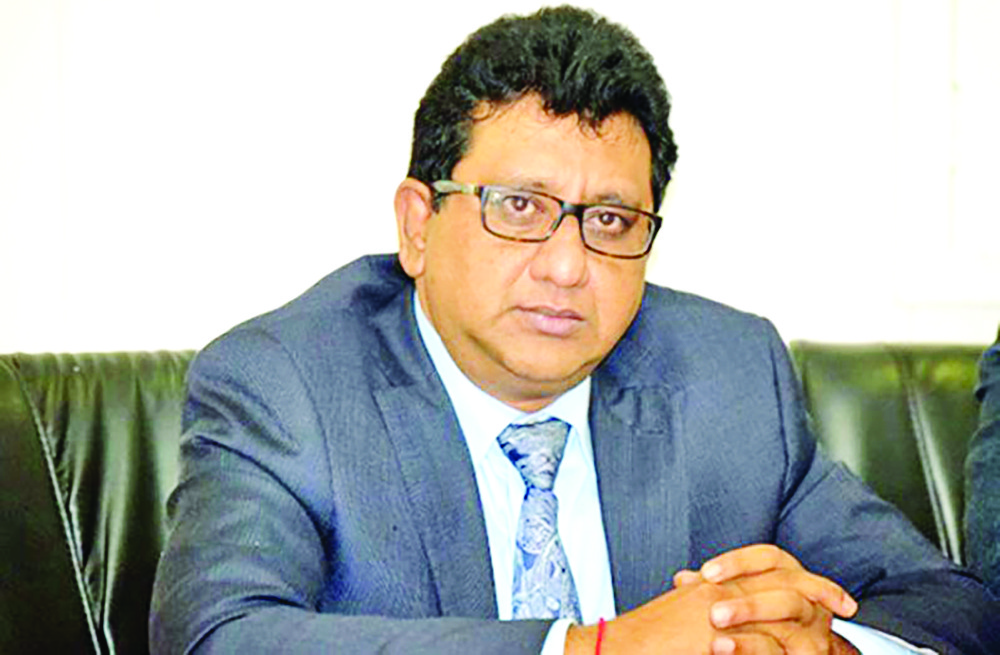 This was revealed by Legal Affairs Minister and Attorney General Anil Nandlall, SC, during the latest edition of his weekly programme – Issues In The News.

According to Nandlall, the draft document is currently with the party’s leaders for review.

“We have the electoral reforms. I’ve churned out one set of drafts already and that is with our political leaders. They are consulting on that and soon that will be made public,” the Legal Affairs Minister said during his programme.

Guyana Times understands that once all the draft documents are in place, it will be sent to stakeholders for review.

Vice President Bharrat Jagdeo had previously explained that once completed, the draft amendments would be sent to the various political parties including the A Partnership for National Unity/Alliance For Change (APNU/AFC) Opposition, civil society bodies, the Guyana Elections Commission (GECOM) and the international community for review. They will also be available for the public to give their input before being finalised and presented in the National Assembly, where again they will be debated by both the Government and parliamentary Oppositions. 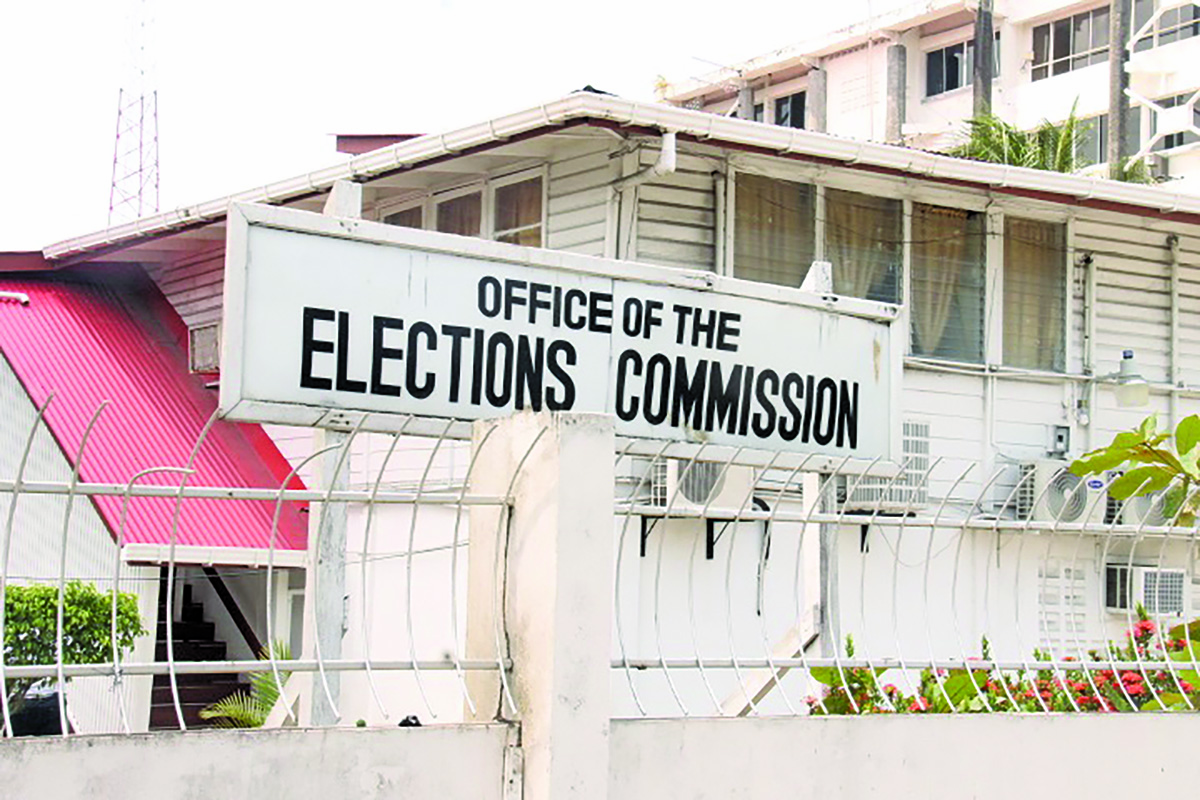 The need for both electoral and constitutional reforms was underscored following last year’s March 2 General and Regional Elections, which led to a five-month tumultuous impasse before the Irfaan Ali-led PPP/C Government finally took office on August 2, 2020.

There were concerted efforts by the former governing APNU/AFC and some GECOM officials to undermine democracy after elections were held.

It was previously reported that the Representation of the People Act (RoPA), which contains laws specific to the conduct of elections and election-related issues in Guyana, is being ironed out to remove ambiguous provisions and include penalties for persons attempting to carry out electoral fraud.

In fact, during a previous programme last month, Nandlall had said that the ongoing reform of the electoral laws in Guyana is intended to tighten the legal process and rectify the deficiencies that led to the post-election events in 2020. He had pointed out that these reforms were not intended to create any electoral advantage in favour of any political party.

Instead, the Legal Affairs Minister said: “They are all intended to tighten our legal process, to tighten the laws as well as to rectify all the deficiencies we have seen exploited by the likes of [embattled Returning Officer Clairmont] Mingo and [Chief Elections Officer Keith] Lowenfield at the last elections. So that in future elections, we ought not to have such reoccurrence. So, all the lacunas, all the gaps, all the ambiguities, all the areas that were cause for concerns and cast doubts in people’s minds, we are going to clarify all of that in the law. So, the law should be very clear.”

Another important component of the reforms would be the hiring process at the Elections Commission, Nandlall had said.

CEO Lowenfield, his deputy Roxanne Myers and RO Mingo, along with other GECOM staff, are currently before the courts facing electoral fraud charges over last year’s polls.

Mingo had heavily inflated the figures from Region Four – Guyana’s largest voting district – to give the APNU/AFC coalition a lead over the PPP/C. Meanwhile, Lowenfield, with the support of Myers, presented false figures to the GECOM Commission for declaration as official results of the elections.

However, a 33-day recount showed that the PPP/C won the elections, but it took the firmness of local and regional courts, the resilience of GECOM Chair, Retired Justice Claudette Singh and threats of sanctions from the international community led by the United States before former President David Granger finally stepped aside and allowed President Ali to be sworn in.

While the cases against the trio are pending in the court, the three Government-nominated Commissioners have filed two motions at the level of the seven-member Commission to have Lowenfield and Myers removed from the Elections Secretariat in light of their actions following the March 2020 polls.

At a GECOM meeting last month that was scheduled to debate the motions against the CEO and DCEO, who were both sent on administrative leave, the three Opposition-nominated Commissioners had walked out of the meeting causing it to lose quorum. A subsequent meeting was deferred.

Since then, however, Lowenfield has approached the High Court to block Government Commissioners Sase Gunraj and Bibi Shadick from voting on the motions seeking his dismissal.

Nandlall last week said the CEO was embarking on a “futile journey” with this lawsuit. (G8)

Sign In To Reply
Post
Current Visitors: 11 (5 members, 6 guests)
Welcome to the Original Guyanese Discussion Forums, first established in 1996. Here you can discuss, ask questions or generally debate anything related to politics, movies, music, health or just gyaff away your day/night here. A note of warning, the Political forum is not for the faint of heart.  We do have some rules, so please adhere to them .
Do not post any messages that are obscene, vulgar, sexually-orientated, racist, hateful, threatening, or that otherwise violate any laws. Do not post any messages that harass, insult (name calling), belittle, threaten or mock other members.
Do not use profanity, racial, ethnic, religious, or other slurs and stereotypes, or post sexually-oriented material, masturbatory and excretory references, or any other offensive material.

Ali Khan Azad replied:
Mercury is also a precious metal just like gold, silver, platinum and palladium. They are using one precious metal to get another...

Spugum replied:
another poop seller stick to black banana. guana man know yuh good
Spugum replied:
lie - i know you don't like burke. too in yuh face nuh? don't lie pon the man though ppp killed 28 in 1997, by far the highest from 1980...
Spugum replied:
i ain't give he the kill figures yet under jagdeo
Live - Orin Boston Funeral - shot by Police SWAT Unit.
5 hours ago

President Irfaan Ali on extrajudicial killings in Guyana - who is he fooling ?
16 hours ago