TORONTO — Thirteen people were injured after nearly a dozen shootings across Toronto over the long weekend, one of which sparked chaos as gunshots rang out in a packed nightclub.

"This is not a normal weekend in the City of Toronto," said Toronto police Chief Mark Saunders at a press conference on Monday.

He said there were 11 separate shootings since Saturday and 13 victims, with about a third of the incidents taking place in north Toronto.

Saunders said he was particularly concerned about a shooting at District 45 nightclub which left seven people injured.

"I find it disturbing when you've got over 100 people and someone would be brazen enough to pull out a gun and start shooting," he said.

Police spokeswoman Const. Allyson Douglas-Cook said the club was at capacity when gunshots were fired early Monday, injuring two men and three women. Two more people arrived at the hospital on their own later that day, she said.

One of the male victims remains in life-threatening condition, said Douglas-Cook.

Saunders said no suspects have been identified in the shooting, but he called the case "very solvable."

He said investigators are reviewing the club's surveillance footage and he asked witnesses and anyone with information to come forward to police.

District 45 released a statement that said it was co-operating with police on the investigation.

Another shooting early Monday left two men in hospital. Police said a nearby vehicle was found riddled with bullet holes.

Mayor John Tory released a statement reaffirming his position on banning handguns, which he said he believes would address gun violence in the city.

"This was always put forward as a part of the answer to gun violence together with changes to other laws affecting things like bail, additional support for police, and the paramount need for all three governments to invest together in kids, families and neighbourhoods," said his statement.

Saunders said the decision to ban guns is up to politicians, but he welcomes anything that removes firearms from Toronto streets.

When I lived there if you got a shooting in a month the cry was about a crime wave!

Carib and Ronan this is what ayo ****ing people does, this is how ayo ****ing live. Guns. Looting. and burning. Instead of attacking Indians, spend that valuable time and teach ayo Black brother how to be progressive and responsible.

When I lived there if you got a shooting in a month the cry was about a crime wave!

It’s getting out of hand in Canada. They have tarnish the Caribana festival.. we had the same during the Raptors celebrations.

Carib and Ronan this is what ayo ****ing people does, this is how ayo ****ing live. Guns. Looting. and burning. Instead of attacking Indians, spend that valuable time and teach ayo Black brother how to be progressive and responsible.

bai shut u rass...the news is rife with coolie people murdering and butchering and shooting as well. Note, more black Americans were there than West Indians ( running for Vietnam) and the crime rate was still low.

IT WAS SO SCARY': Seven wounded as bullets fly at Toronto club 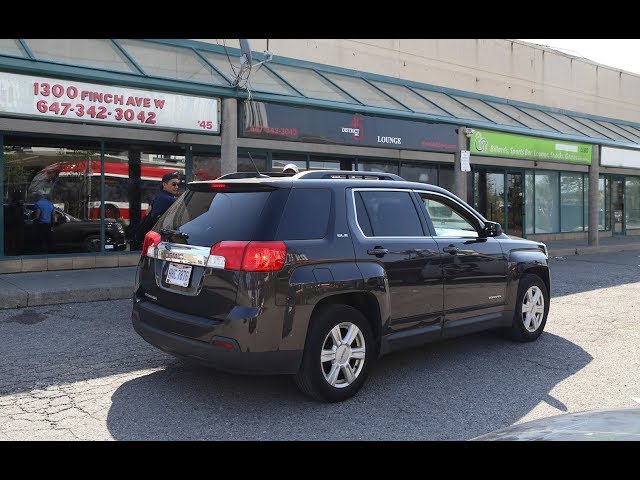 It was mayhem. Life or death.

An early morning shooting Monday at District 45 lounge on Keele St. at Finch Ave. W. left a man in hospital in serious condition and six others injured by gunfire.

“It was so scary. I literally got flat on the floor,” said Jessica, who was at the club with a group of girlfriends from Columbus, Ohio.

“It was like you wanna say your last words.”

The group was attending a packed event when she says a group of men burst into the club around 2 a.m. and started shooting.

Sign In To Reply
Post
Manage Topic
Welcome to the Original Guyanese Discussion Forums, first established in 1996. Here you can discuss, ask questions or generally debate anything related to politics, movies, music, health or just gyaff away your day/night here. A note of warning, the Political forum is not for the faint of heart.  We do have some rules, so please adhere to them.
Join Now
Cop under close arrest after fatal shooting at Mahdia
Uitvlugt Estate has suffered 48 hrs of breakdowns in just second week of crop –GAWU
Coronavirus now poses “very high” risk at global level -WHO
Speed limit on Linden Highway cut because of soil erosion
Trinidad born rap­per Nic­ki Mi­naj makes donation to St Jude’s Home for Girls
Jamaica: Slain former Reggae Boy hailed
Jamaican security guard kills wife in Trinidad
Jamaica: Woman gets heart attack after being told house will be demolished
Current Visitors: 127 (16 members, 111 guests)
He right. All trumped up allegations that are going no where. Five years done and nothing to show for it.
9 seconds ago

Anyway Cainman, be safe out there.
2 minutes ago

Bai, I too had to step out of my comfort zone to come to NY. Damn place cold.
3 minutes ago

Great news, bring us more of this.
4 minutes ago

Peoples Progressive Party/Civic 4 hrs · WE HOPE THAT PRESIDENT GANGER ANSWERS THE FOLLOWING QUESTIONS WHEN HE APPEARS AS A GUEST TODAY...
5 minutes ago

Nandlall vows charges against him, Irfaan Ali, Winston Brassington and Ashni Singh will be quashed once PPP wins elections
9 seconds ago

How much snow all you get ?
28 minutes ago