11 things you should know before visiting Moscow 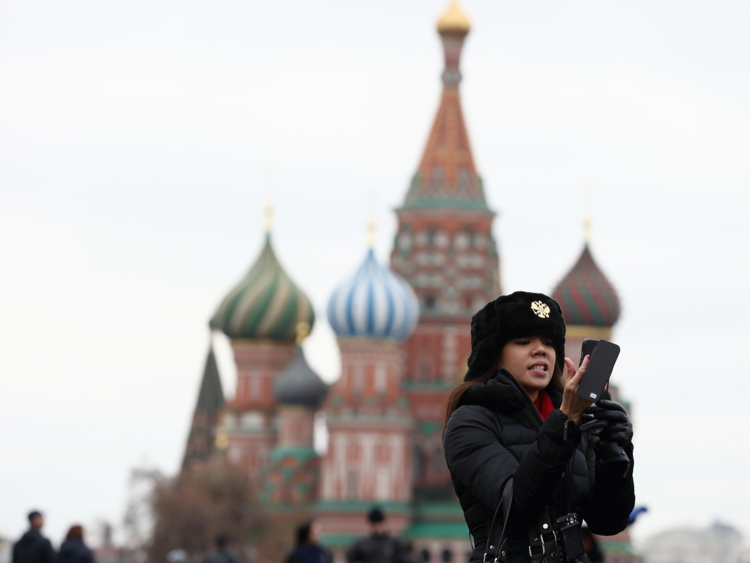 The earliest recorded mention of a place called "Moscow" dates to 1147 AD, and in the nearly 900 years since, this history-filled location has turned from minor provincial town into a bustling metropolis. It is home to 12 million people, rich with culture, and begging to be explored.

Moscow is perhaps a less-obvious tourist destination for the American traveler and much of the English-speaking world, but the simple truth is that once you clear the bureaucratic hurdle of obtaining an entry visa, you can fly there as easily as you might fly to New York City.

The capital of Russia has its classic attractions: the red-walled political stronghold known as the Kremlin; St. Basil's Cathedral, a masterpiece of Russian architecture; Gorky Park, the Central Park of Russia. But the city also rewards those travelers who venture off the beaten path while maintaining some degree of street smarts: offbeat bars, tasty meals, and interesting, unusual people surround you.

Over the past four years, I've carved out a niche as an English language "fixer" for Russian startups seeking to expand their operations westward. I've made seven trips to the Russian Federation in this time, spending a combined total of four months living and working among the people there.

The following Moscow pro tips have been gleaned from my successes and failures as an American in the capital city of the largest country in the world. I hope you put them to work for yourself.

Get a local sim card for your smartphone.

I come from a family of pragmatic travelers who will often skip on "luxury" expenses, like a local sim card that makes one's smartphone usable while traveling through a foreign country. But with ready access to resources like maps, language translation apps, and Wikipedia, a functioning smartphone ought to be a priority when navigating a culture as distinct as Russia's.

Moscow is swaddled in strong, high-speed LTE signal available from a number of affordable providers. Look for company names like MegaFon and Beeline, which offer prepaid Russian sim cards compatible with your unlocked smartphone. I've paid as little as $1 USD per day for unlimited data.

Bring a spare battery for your smartphone. Heck, bring two in winter.

Cold temperatures can wreak havoc on any battery powering an electronic device. You'll surely use part of your smartphone battery for the usual daily tasks, but Moscow's low temperatures will claim the rest. Phones may display a charge as high as 40 or 50 percent before the sustained cold fools the phone into shutting down, thinking the battery is actually dead. Whether the battery holds a charge or not, you won't be able to turn your phone back on.

If this happens to you while you're exploring Moscow in the cold, you'll be happy to have a "jump-starter" with you.

Your smartphone GPS is not reliable in the center of the city.

As the Moscow Times puts it, "the Kremlin eats GPS for breakfast." GPS spoofing hardware within the Kremlin walls serves to keep away nosy quadcopter drones, frustrate Pokemon Go players, and mislead locals and tourists alike. In these instances, you'll want to rely on a paper map, a friendly stranger's directions, or a local friend who knows the way.

Learn a few Russian phrases ahead of time or else cab drivers will rip you off.

You may be quite proud of learning to ask "Do you speak English?" in Russian, but this phrase is useless at the airport. Opening a conversation this way signals that you can be "taken for a ride." The next thing you know, you've paid $100 USD in cab fare to get to the center of the city — a trip that usually costs about $25 USD.

Instead, learn phrases like "What's your name?" and "Where are you from?" It will help a lot to be able to count to ten if you want to try any sort of negotiation. Duolingo has an excellent Russian course that's completely free.

Demonstrating even limited abilities with the Russian language will go a long way toward getting you a fair shake in Moscow.

Yandex Translate is generally better at Russian than Google Translate.

Install the smartphone app Yandex Translate and use it for all your Russian translation needs. Yandex is the search company well-contextualized as "Russian Google." In my experience, its translation product is superior to Google's when it comes to the Russian language.

LinkedIn's services are completely nonfunctional in Russia. There was some drama in late 2016 that saw the company declined to share data on its Russian users with the Russian government. The country's media watchdog, an organization called Roskomnadzor, began enforcing a block on LinkedIn that's still going strong today.

So do your networking in-person.

Take off your shoes when you enter someone's home.

The bottoms of your shoes are filthy from tromping city surfaces. It is common Russian courtesy to leave your footwear at the door when you visit someone at home.

Take off your glove to shake someone's hand.

No one's going to look too far down their nose at you if you don't remove your glove, but this is a higher-level cultural sensitivity that doesn't go unnoticed. Demonstrate some heightened awareness.

You can't buy alcohol from a store after 11 PM.

Get your last-minute booze before the witching hour, or else you'll have to venture out to one of Moscow's many bars to get your drink on.

A special note about "Na zdorovie!"

This famed Russian drinking toast is actually a cliche born from Hollywood movies. Much more commonly, Russians will give a short, improvised speech as a toast. That speech may sometimes end with "za zdorovie," which means "to health." But "na zdorovie" is widely acknowledged as a hackneyed, tone-deaf phrase.

The metro is fantastic.

It's fast, it's reliable, and it covers the entire city. Its lines are continuously updated and expanded, even into present day. The longest you'll ever wait for a train is perhaps three minutes, and even long rides are made comfortable with the free onboard WiFi

The Moscow metro system is poetry in convenient motion.

SEE ALSO:I rode Moscow's metro for a day, and it blew New York's subway system away