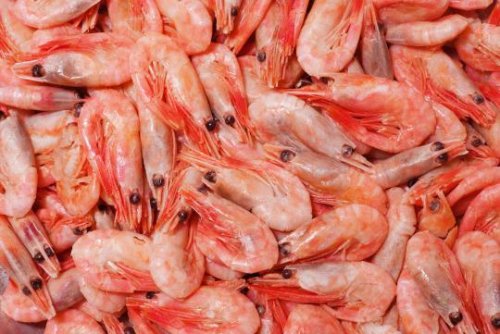 It may seem like the ocean is just a bottomless pit of fish sticks and sushi, but the reality is that our supply of seafood is finite. Through rampant overfishing and just generally treating the ocean like a cheap buffet, we’ve depleted the populations and ruined the habitats of some truly delicious fish.

It may seem like the ocean is just a bottomless pit of fish sticks and sushi, but the reality is that our supply of seafood is finite. Through rampant overfishing and just generally treating the ocean like a cheap buffet, we’ve depleted the populations and ruined the habitats of some truly delicious fish.

To find out which species are in the most danger, we spoke with Reid Bogert, sustainability coordinator at the Shedd Aquarium in Chicago, who in addition to scaring us skate (zing!), offered some tasty alternatives. Read on to learn more about which salmon is safe, which seafood certifications to look for, and why grouper are basically screwed. 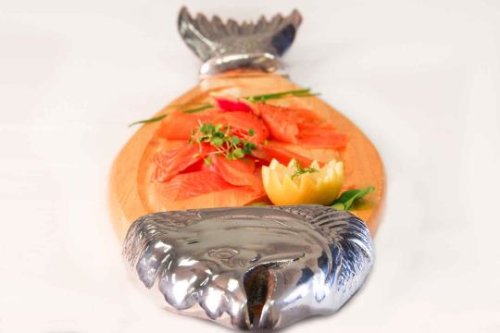 Atlantic salmon
Reid says: “The stocks on the East Coast where these are native have just not been managed as well as in Alaska and California, where the salmon are plentiful and healthy.”

Another option: “Pacific salmon is only available a few months of the year, but Arctic char is in the same family and is available year-round. It has a similar beautiful pink meat and flavor profile that’s rich in fatty acids. They don’t require much fish feed, so they have a smaller footprint.”

Swordfish
Reid says: “Swordfish is a popular dish all over the world that has been overfished using a certain technique called longline fishing. It puts other wildlife at risk because you can have miles of baited line trailing a boat. All of that fishing line makes other sea life vulnerable. Sea turtles, sharks, even albatross can grab a line and become what’s called bycatch.”

Another option: “Look for swordfish with a third-party certification from a non-profit, like Marine Stewardship Certification or Best Aquaculture Practices. But you could also go with mahi mahi. It’s a smaller fish, which tends to be a bit healthier and reproduces quicker. The meat is similar to swordfish. It’s dense and has a wonderfully natural citrus flavor.” 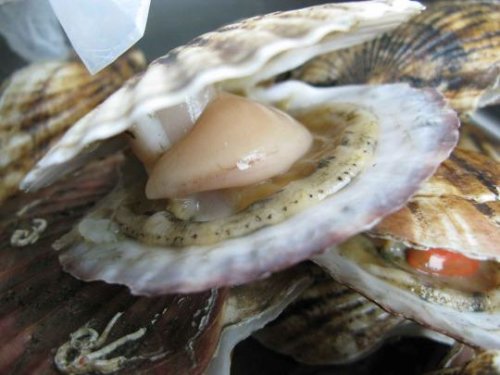 Wild-caught sea scallops
Reid says: “In the past you always had to take a big dredge and dig into the bottom of the ocean to get the scallops out. That was disrupting the habitat and making it so the shellfish couldn’t reproduce at an acceptable rate. Now you have divers out there collecting them by hand, but it’s just a much more involved process.”

Another option: “People are often surprised that farmed shellfish are one of the most sustainable seafood types you can find on the market. Scallops, clams, mussels, oysters, anything with a shell can be farmed and harvested sustainably.”

Bluefin or bigeye tuna
Reid: “It takes them longer to reach maturity than most fish, and what that really comes down to is the nature of how they reproduce. They also swim in schools, which makes them more vulnerable to very large nets that can catch a lot of fish at once. And there’s such a high market demand because it’s such a great-tasting fish.”

Another option: “Skipjack tuna reproduces more often, grows quickly, and is smaller so there’s less of a concern about mercury.” 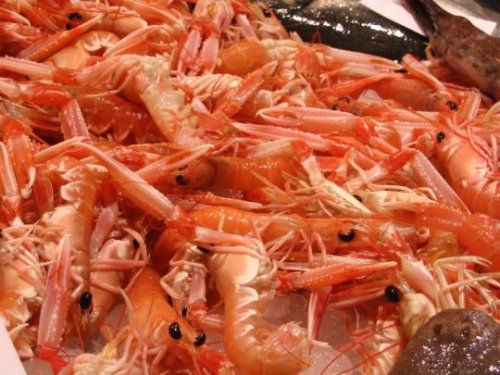 Imported shrimp
Reid says: “We import something like 90% of our shrimp. Some of the issues are just the way those fisheries are managed. They’re often in sensitive habitats that don’t regrow after they’ve been impacted by a shrimp farm, and they’ll often use antibiotics and pesticides to manage those fisheries, so you’re dealing with chemicals in the water.”

Another option: “Here in the Midwest, there’s a growing movement of sustainable aquaculture, so there are several farms doing things like tilapia or shrimp that are based on land or produced in systems that are recycling the water, using fewer chemicals, and ensuring the health of those animals and also people on the table side.”

Atlantic cod
Reid says: “This is a deep-water fish whose population basically collapsed in the ‘90s and never really recovered.”

Another option: “There’s a fish called hake which tastes very similar. It breaks off in big chunks, which is a signature feature of cod. Or a softer whitefish like catfish, which believe it or not is very sustainable and amounts to nearly two-thirds of the aquaculture in the US.” 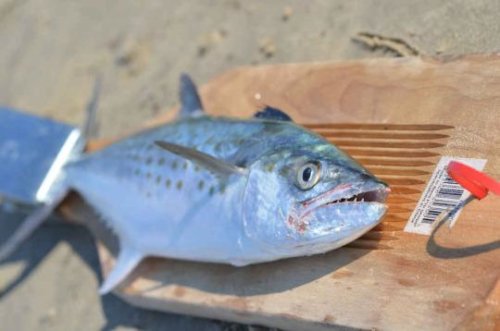 Spanish mackerel
Reid says: “This has been overfished and not well managed. Basically, this is off the table.”

Another option: “Most other types of mackerel tend to be sustainable because they reproduce a lot and they’re so healthy to eat because of their Omega 3.”

Grouper
Reid says: “This is a really common seafood item on many menus, but there’s the same problem: since these are so large they’ve been overfished. They also have an interesting mating ritual where they aggregate in huge spawning grounds in one location, so fishermen can go there during breeding season to collect more than is sustainable.”

Another option: “Any kind of flakier whitefish is a nice alternative. They tend to come into season in the summertime, and there’s usually a regional option. We have great whitefish in Lake Michigan, for instance.” 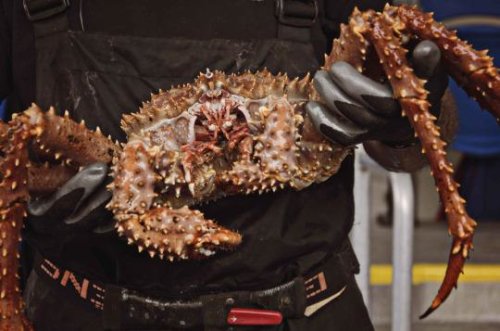 King crab
Reid says: “This is a matter of locality and what type of regulations are in place. In places like Russia or Japan, they’re not regulated in a way that’s sustainable, and it has a negative impact on the habitat and other wildlife.”

Another option: “Blue crab or stone crab come from well-managed fisheries in the Atlantic or the Gulf of Mexico. Just thinking closer to home is important. And if you’re looking specifically for those really long, meaty legs, Alaskan king crab would be a smarter choice.”

Atlantic halibut
Reid says: “This is an enormous fish. It can get up to 7ft long and weigh up to 800lbs. Because of its long period of time before reproduction, it’s susceptible to overfishing.”

Another option: “Pacific halibut is a great alternative. In general, the Pacific fisheries tend to be in better shape than the Atlantic because they’ve been fished for fewer years and the Pacific Ocean is just so much bigger that the seafood seems to be in better condition.”

Welcome to the Original Guyanese Discussion Forums, first established in 1996. Here you can discuss, ask questions or generally debate anything related to politics, movies, music, health or just gyaff away your day/night here. A note of warning, the Political forum is not for the faint of heart.  We do have some rules, so please adhere to them.
Join Now
Sugar industry hit by pay strike
Police probing stabbing death of Kaituma miner
GECOM meets observers
Trinidad: Senior cops charged with child trafficking, supporting gang
Owen Arthur urges ‘peaceful, inclusive’ election
Child drowns in Pegasus pool
Ruel Johnson lashes out at hypocrisy on gay sex question - -as political parties grilled at forum
Biker dies in Adventure Public Rd crash
Current Visitors: 107 (14 members, 93 guests)
How will you know the bottom?
40 minutes ago
Unshakeable Peace Philippians 4:4-9 Have you ever thought that a vacation would relieve your anxiety or that you could work out your...
43 minutes ago

Jagdeo and the PPP gave Lowenfield their blessings with a “no objections “ even when I wrote that Lowenfield was a known PNC election...
59 minutes ago
It is quite evident that there will be massive rigging. PNC will brush aside observers and do anything to stay in power. A third...
1 hour ago

2020 will be the mother of all rigged elections. No wonder PNC already celebrating.
2 hours ago

Not a Sermon only a Thought
43 minutes ago

Eccles residents to vote in cow pasture
59 minutes ago

Reduction in private residences as polling places
2 hours ago

Put somethings in order
3 hours ago

Trump heads to India, where massive rally and Taj Mahal visit await: What to know
4 hours ago