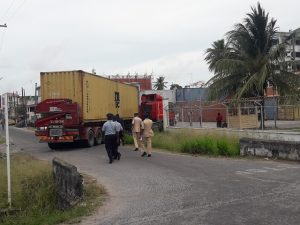 The Guyana Elections Commission (GECOM) on  Thursday discussed a proposal by the People’s Progressive Party (PPP) to reduce the time it would take to recount the results of last month’s general elections from 156 days to 10 days.

PPP-nominated Elections Commissioner, Sase Gunraj says he and his colleagues revised the time frame by increasing the number of work-stations from six to 20.

He also says while the Chief Elections Officer, Keith Lowenfield’s plan envisages two hours to count one box of ballots but the PPP-aligned election commissioners have cut that to one hour. “Why we have done that? There are over one thousand ballot boxes in which there are less than two hundred ballots cast. In fact there are more than  two hundred boxes that have less than fifty ballots cast in their boxes. As a consequence, the time for counting of those boxes could not be as burdensome as two hours, all things considered,” he said.

He says he and his colleagues proposed that efforts will be made to maximise the space inside and outside the Arthur Chung Conference Centre to conduct the recount which will include about 200 persons.

Pro-coalition Elections Commissioner, Vincent Alexander says the time it will take to recount will depend on the voters list, counterfoils, proxies and the number of votes cast to determine the number of valids cast. He is not ruling out the recount time being reduced from 156 days. “There is a possibility. I prefer not to comment on those numbers. I have told you the factors that will influence those numbers. I haven’t done the math so I am not going to come out here and say to the public a number and then it doesn’t happen,” he said.

The Chief Elections Officer is now expected to reexamine his plan for a meeting sometime next week.