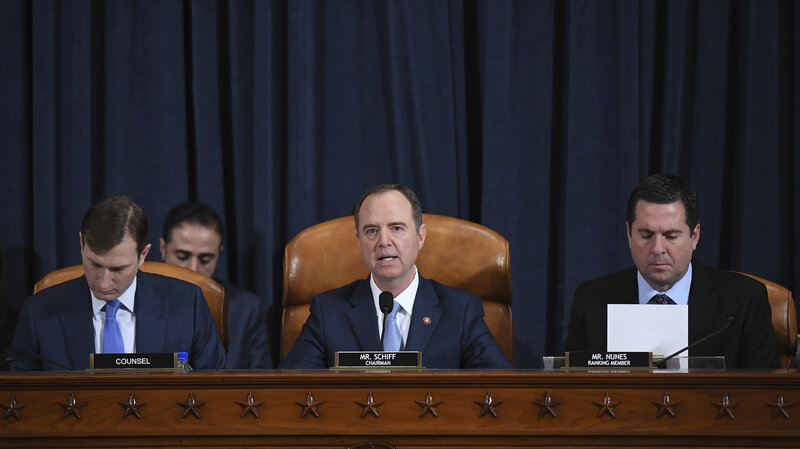 "The impeachment inquiry has found that President Trump, personally and acting through agents within and outside of the U.S. government, solicited the interference of a foreign government, Ukraine, to benefit his reelection," Schiff wrote in the 300-page report.

The inquiry, formally launched in September after a whistleblower complaint, has centered on an effort to get Ukraine to investigate former Vice President Joe Biden and his son Hunter.

"[T]he President placed his own personal and political interests above the national interests of the United States, sought to undermine the integrity of the U.S. presidential election process, and endangered U.S. national security."

Explore This Document In Full-Screen Mode

Republicans released their own report on Monday, arguing that Democrats had not proven "evidence of bribery, extortion, or any high crime or misdemeanor." The minority party's prebuttal to Schiff's summary cast the inquiry as a partisan attack on Trump.

Committee report marks triggers the next step of the impeachment process, in which the House Judiciary Committee becomes the central player.

Judiciary Chairman Jerry Nadler, D-N.Y., and the members of that committee will use the Intelligence Committee report as well as additional information requested through committee procedures to determine if the facts support writing articles of impeachment.

If the Judiciary Committee does write and approve articles of impeachment, those articles would then go to the full House of Representatives. If the House votes to impeach Trump, the Republican-led Senate will begin a trial on whether to remove the president.