In light of Opposition Leader Joseph Harmon questioning the authenticity and efficacy of the Sputnik V vaccine being administered in Guyana, Health Advisor Dr Leslie Ramsammy has disclosed that none of the approximately 61,000 persons who are fully vaccinated with the Russian-made jab have contracted the deadly virus. 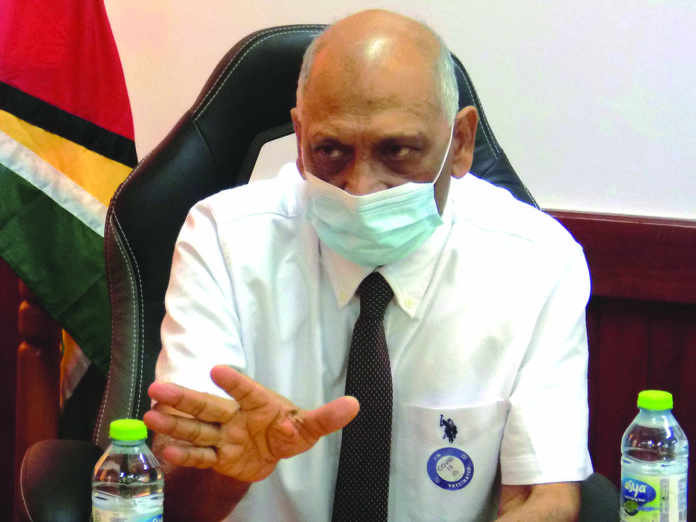 During a press conference on Thursday, Harmon called for the administering of the Sputnik V vaccine to be suspended based on an article in a Norwegian tabloid newspaper that raised questions on how the vaccines were acquired.

However, the Government including President Dr Irfaan Ali has reassured Guyanese that the Sputnik V jabs that are being administered in Guyana are authentic since the batch number corresponds with the manufacturer’s data.

But even as Government rejects Harmon’s demand to suspend the use of the Sputnik V vaccine, Health Advisor Dr Leslie Ramsammy on Friday called out the Opposition Leader over his hypocrisy after he admitted to being fully inoculated with the very vaccine, which he requested. 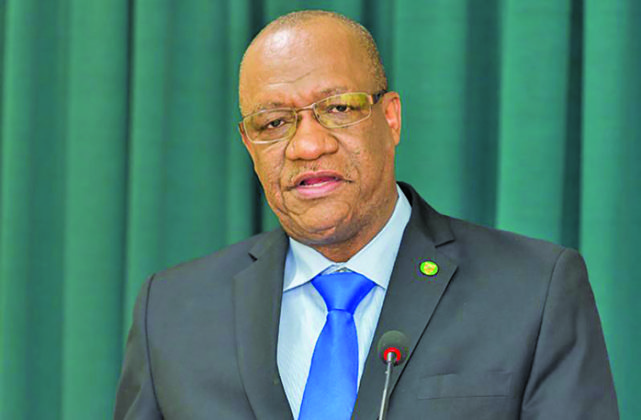 He also revealed that several other Members of Parliament from the APNU/AFC coalition as well as his own family members took the Russian-made jab, which some of them specifically requested.

According to Ramsammy in a statement, of the more than 227,000 Guyanese who have received their first dose, over 150,000 of them have taken the Sputnik V vaccine with about 61,000 persons being fully vaccinated.

He added too, that while a handful of persons who took the first dose alone have tested positive for COVID-19 – having been infected prior to being vaccinated – not a single person with both doses of the vaccine has contracted the life-threatening virus.

Ramsammy further pointed out that all of Guyana’s COVID-19 vaccines have been registered and approved for use here by the Guyana Food and Drug Department, which often depends on Stringent Regulatory Authorities (SRAs), such as the USFDA and the European Medicine Authority. In the absence of approval by an SRA, the Department has also relied on the World Health Organisation (WHO).

Additionally, he said that there are two other mechanisms used to grant approval – one from CARPHA-CRS, which also uses a number of other reference regulatory authorities including the Brazilian Medicine Regulator (AVISA) and the Argentine Regulator. The final mechanism is an independent assessment by the Food and Drug Department itself.

“All the vaccines in use in Guyana have been approved through one or more of the above mechanisms. Every batch of vaccines that are presently used is accompanied by supporting documents, identifying the country of origin, the batch (serial) number, the manufacturer and information about the product. All vials have a bar code that permits tracking directly to factory. No fake COVID-19 vaccine has ever entered Guyana,” the Health Advisor stated.

He further outlined that the Department as well as the Guyana Revenue Authority (GRA) have ensured that all COVID-19 vaccines come from legitimate sources. He further stated that the Health Ministry receives documentation and ensures that the proper import licenses are issued prior to shipment.

“Mr Harmon’s assertion that the Sputnik vaccines are fake vaccines is reckless, absolutely reckless. It is an insult to the hardworking professionals at the Ministry of Health who are responsible for the safe and smooth operation of the vaccine programme, the Food and Drug Department, and those from the Guyana Revenue Authority (the Customs Branch),” the Health Advisor contended.

Further, Dr Ramsammy, who served as Health Minister in the previous PPP/C Government, also highlighted that not only has no fake Sputnik vaccine been found in Guyana, none have been used anywhere.

“[Harmon’s] assertion about Mexico is another fake story he is trying to gain traction with. There are fake medicines in the world. There might be efforts in Mexico and other countries to get fake vaccines sold. But Mexico did not fall for the trick. Mexico has signed a contract with Russia to bottle and pack Sputnik vaccines. Mexico has bought 34 million doses of Sputnik vaccines. Argentina is also manufacturing Sputnik vaccines,” Dr Ramsammy stated.

He pointed to a joint study which was done between the Russian Direct Investment Fund and scientists in Argentina where it was found that the Sputnik V is not only effective against the SARS-CoV-2 virus (COVID-19 VIRUS), but also against the P1 (Brazilian) variant.“The so-called Brazilian variant has proven to be a deadlier virus. But Sputnik is effective against this variant. The Argentina-based study… found a strong immune response against the variant in those vaccinated with Sputnik V. Now UNICEF has signed a contract to procure 220 million doses of Sputnik for global distribution. Mr Harmon should be ashamed of himself,” Dr Ramsammy asserted.

Meanwhile, criticisms continue to mount against the Opposition Leader with the Guyana Agricultural and General Workers Union (GAWU) and the Federation of Independent Trade Unions of Guyana (FITUG) condemning the statement made by the politician.

In a statement on Friday, GAWU said it was deeply disturbed by Harmon’s irresponsible remarks as a senior national leader. It noted that rather than approaching Government with its concerns, the Opposition Leader instead adopted a most flippant approach.

The Union questioned whether Harmon is trying to score cheap political points at the expense of the Guyanese people. It pointed out that the Opposition Leader’s avers that somehow Guyana obtained ingenuine Sputnik vaccines was without any evidence to support this claim.

“In the absence of any tangible evidence, it appears Mr Harmon and company are sounding like empty barrels and really should be ignored. By his statements, the Opposition Leader who belatedly endorsed the COVID-19 vaccination programme, has undoubtedly set back efforts to attain herd immunity in our country. This is simply reckless behaviour on the part of Mr Harmon and his team. It appears to us that the Opposition has become a danger to the well-being of Guyanese at this time when all hands are needed to bring our country out of the pandemic and allow normalcy to prevail,” the Union stated.

Nevertheless, GAWU called on all Guyanese to ignore the Opposition Leader’s unfounded and careless claims, and to play their part in ensuring Guyana exits the pandemic by getting vaccinated.

On the other hand, FITUG also condemned Harmon’s reckless, irresponsible, and thoughtless statements.

“In our view, the Opposition Leader’s wild statements will only redound to higher vaccine hesitancy among our people. This is neither helpful nor useful in our efforts to exit the pandemic. And, therefore, the Opposition Leader and the wider Opposition must be condemned for what can clearly be described as unwise and deeply upsetting propaganda. The irresponsibleness, once again, demonstrated by the coalition is seemingly characteristic of their behaviour since taking then reigns of the Opposition,” the Federation posited in a missive on Friday.

Pointing to the Opposition’s indecisiveness in encouraging Guyanese to get inoculated against COVID-19, FITUG reminded the coalition that its role comes with high levels of responsibility and the nation, not political self-interest, should come first.

“We know the Guyanese people are not easily deceived and fall for the falsehoods of the Opposition. Certainly, such recklessness should not even be bothered with. We, at this time, urge everyone to receive their vaccines and continue to observe the COVID-19 protocols,” the missive from the Union body detailed.