There was an unexpected issue forwarding you to "Twitter" for authentication. Please try again later.
×
kpHonorary Member 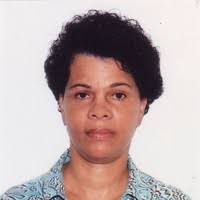 The Guyana government on Monday announced that Audrey Jardine-Waddell has been removed from the post of Director-General of the Ministry of Foreign Affairs, and that the post is scrapped and replaced by a Permanent Secretary.

The new Permanent Secretary of the Foreign Ministry is Charlene Phoenix who has been appointed from 2nd December, 2019. Phoenix, who joined the Foreign Ministry in 1996, has served as the Director of the Department of the Americas since 2016 and as Guyana’s Ambassador to the Caribbean Community (CARICOM) since November 2017.

“Among other things, the designation of Director General will be replaced by that of Permanent Secretary as obtains in other Ministries,” the Foreign Ministry said. The reason cited for this, among other changes, is the need for “greater efficiency in the discharge of the core mandate and essential functions of the Ministry of Foreign Affairs, at a critical moment in the nation’s history.”

The Ministry of Foreign Affairs also announced that government has decided to “bring an end the services of a number of heads of mission, especially those who might have enjoyed an extended tenure of duty beyond the official limit” to allow for the promotion of existing foreign service officers.

“As it is well known, the tenure of an Ambassador runs to approximately three to five years. However, for a variety of reasons and factors, some of our Ambassadors have been abroad for as long as two decades. This situation has become an impediment to other younger and rising Foreign Service Officers whose performance and professional competence might require that they should be appointed to the summit of the Foreign Service,” government said.

The Foreign Ministry added that an announcement on the recall would be made in due course.