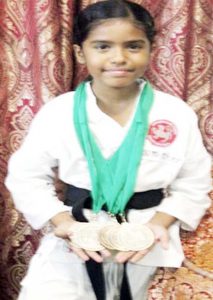 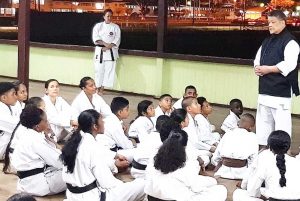 Master Frank Woon-a-tai having a talk with the Karatekas.