Finished reading The Suffrage of Elvira by V.S. Naipaul. This novel, first published 56 years ago, is set in a fictional Trinidad village in 1950.

It's a satire on a campaign to elect an Elvira representative to the colony's legislative council in the second elections held under universal adult suffrage.

In the context of that period, the characters are not educated but smart people learning by trial and error how democracy works and operating by base gut instinct. Bribery and buying votes play big roles in the victorious candidate's campaign. Even a flee-infested mangy stray puppy plays a part in that superstitious society. 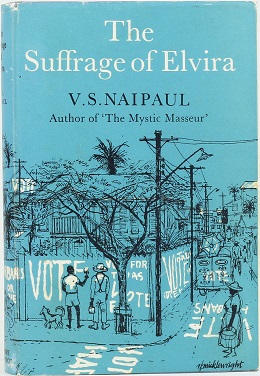