President David Granger and Opposition Leader Bharrat Jagdeo today met to discuss nominees for the Chairmanship of GECOM and four names were settled on. Two more are needed for the submission of a list of six by Jagdeo to Granger.

A Joint Statement follows By President David Granger and Bharrat Jagdeo, Leader of the Opposition

The President accompanied by Mr Joseph Harmon, Director General of the Ministry of the Presidency and the Leader of the Opposition along with Mr Irfaan Ali, MP, met today to discuss the appointment of a Chairman of the Guyana Elections Commission.

1. that from the list of five names shortlisted by the working group, four were found not unacceptable to the President; and

2. as part of the hammering-out process, the two names suggested by the President and others as may be necessary, will be discussed further. 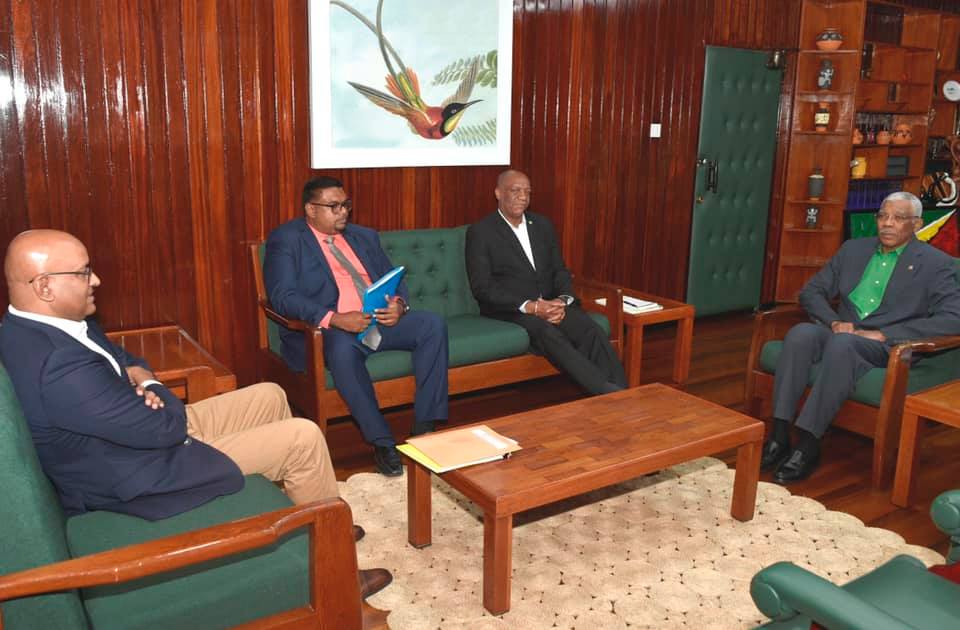