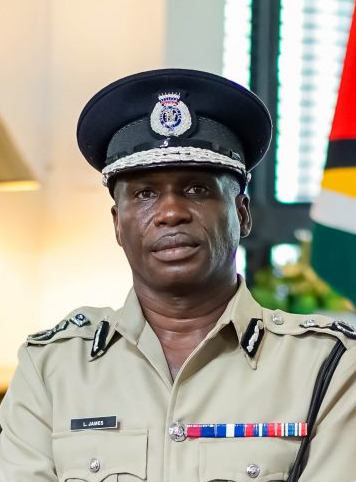 Two police constables, who are brothers, are currently under close arrest after they allegedly beat and burnt a 17-year-old, who they accused of breaking into their La Parfaite Harmonie, West Bank Demerara (WBD) home last week.

Commissioner of Police Leslie James made the disclosure yesterday morning during an emergency press conference held at his office to address the case, which is currently being investigated.

The ranks, who are stationed at the Tactical Services Unit and at the Wales Police Station, are also the sons of a senior member of the Guyana Police Force.

James announced that an investigation has been launched and that it is being spearheaded by a senior member of the force.

“…As a responsible force, I thought it best for us to meet this way, so I can report directly and let you know that is a matter that we are currently investigating. I can say to you that the two ranks are in custody and this matter is being investigated. The investigation is being led by a very senior police officer,” James related.

The Top Cop told the media that based on reports, the ranks allegedly picked up the teen around 11.30 am on Monday from his Westminster, West Bank Demerara home in a private car, which was occupied by other individuals.

They took him their house, where they allegedly beat and burnt the teen with a liquid, suspected to be hot water.

“The allegation is that sometime between the hours of 11.30, he [the teen] was picked up by these two ranks, who allegedly were with other persons, and taken to a dwelling in the Parfaite Harmonie area. I think the dwelling is their residence,” James said.

“The background to that is that the dwelling was broken into sometime prior and it was felt that the young man was a suspect. The allegation is that that ranks proceeded to inflict injuries on him that is, he was beaten and he was also burnt about his body by some liquid—I suspect it might have been water; hot water,” he added.

The reported break and enter is said to have occurred on December 12th and some items were allegedly stolen from the house, James noted.

He further explained that the teen related to his sister what had transpired. The sister then told his mother and a report was made at La Parfaite Harmonie Police Station.

James said that the matter was bought to his attention yesterday morning by the Regional Commander, Assistant Commissioner Simon McBean.

James added that the complainant is being treated and is said to be at home recovering.

Under the former government, the High Court awarded $6.5 million to a teen whose genitals were set alight at the Leonora Police Station after he was detained as part of a murder investigation. In that case, which the court said constituted torture, the boy, then 15, was allegedly doused with methylated spirits and set alight. The case had sparked widespread condemnation of the actions of the police. Two policemen, Mohanram Dolai and Narine Lall, had been charged for causing grievous bodily harm to the teen but the charges were eventually dismissed after the teen and others failed to show up at the trial to give evidence.