The Guyana Motor Racing and Sports Club has secured sponsorship from Choke Gas station for the 2018 edition of the Starlet Cup.
According to a release from the club, Choke, located on the East Coast of Demerara, has opted to sponsor the circuit races for the Starlet Cup for the entire year. 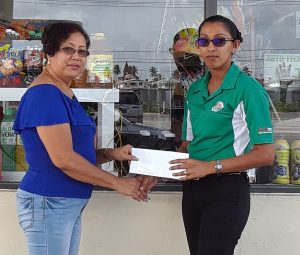 Choke’s representative Christopher Singh contended that he is impressed by what he has seen out of the sport for the last couple of years, hence his decision to come on board.
Meanwhile, the club stated, “We are elated to enter into a partnership with Choke Gas Station for the 2018 edition of the Starlet Cup.”
“We see it as a major plus for the sport, showing us that there are sponsors out there who are willing to invest in the sport thus allowing it to thrive.”
“We want to thank Choke for joining us as a partner for the 2018 season and look forward to them being a key partner moving forward.”
The club announced its First National race of Champions 2018 two weeks ago confirming competition in six groups.
Apart from the Starlet Cup, there will be action in the Street and Sport Tuner classes, Groups 2, 3 and 4 as well as bikes.
The event’s title sponsors are STAG beer, Mohamed’s Enterprise and Tropical shipping.