The Guyana Defence Force could have purchased several airplanes for the amount of money it used to purchase five drones, according to local aviator, Captain Gerry Gouveia. 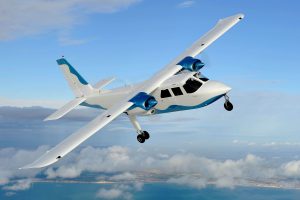 The GDF needs drones but $180M could have bought several of these planes instead.

The local expert in an invited comment yesterday weighed in on the ‘drone debacle’ that has engulfed the GDF in recent days. He said that a twin-engine islander plane could have been purchased.Investigations by this publication have found that the airplane could be had for less than US$100,000. Speaking directly to the use of drones by the GDF and its decision to make the purchase, Captain Gouveia—himself a former high ranking officer—told Kaieteur News, “There are different levels and types of drone technology used for different purposes and missions.”
He said drones used as an eye in the sky above troops in operation allow the commanders to enjoy a commanding aerial view of his surroundings and even to allow him the advantage of seeing forward of his troop movement. 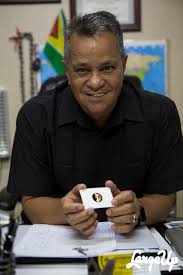 The cost of drones like these could run to between US$3,000 and US$5,000.
He did note that there are unmanned drones with long range and long endurance capabilities to patrol the border regions of Guyana. These are controlled by satellites while transmitting high definition photos and video back to a command center hundreds of miles away. These types of drones, Gouveia noted, could run into the hundreds of thousands of dollars. He did note that the helicopters referred to by this publication in a comparison of the prices paid were not apt for military use but that the drones purchased could have certainly be had at a cheaper cost.
Investigations by Kaieteur News have revealed that the army could have purchased, alternatively, several helicopters for the price it paid for five drones.
One such helicopter, a Robinson R44 helicopter currently in use by at least one local operator can be purchased for a base list price of US$367,000. Guyana could have purchased three of these helicopters for the price it paid for the drones. Kaieteur News understands there are currently three pilots in Guyana qualified to fly such helicopters for the Army, and are without work.